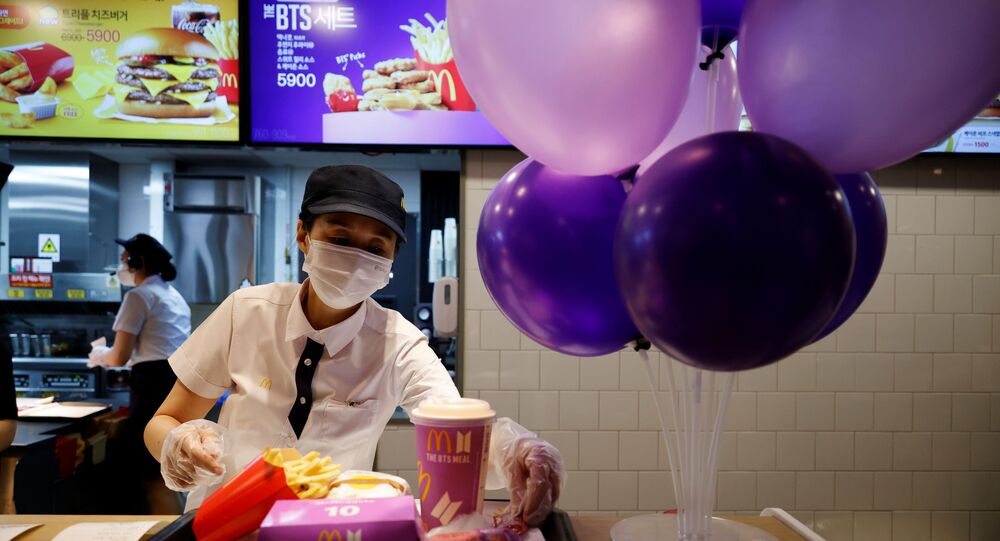 The first collaboration between the fast food company and internationally acclaimed artists at such a level has amazed the public with its results.

This is the first time that a meal without a burger has sold over million units in such a short period of time.

The BTS meal collaboration with McDonald's was officially launched on 26 May, starting in the United States and eventually expanding to 50 countries during May and June. The BTS meal consists of 10 pieces of McNuggets, French fries, drinks, and sweet chilli and Cajun sauces, as these are the BTS members' favourite menu items.

In countries where the event was launched, people were shocked by the popularity of the meal, as fans in Indonesia, for example, were able to get special meals only by delivery, and with delivery people standing in queues to pick up the orders.

The K-pop artists didn't stop there, but also added merch related to the McDonald's collab on their official fan app shop, further increasing the attention.

#BTSXMcDonalds merch is on the way!