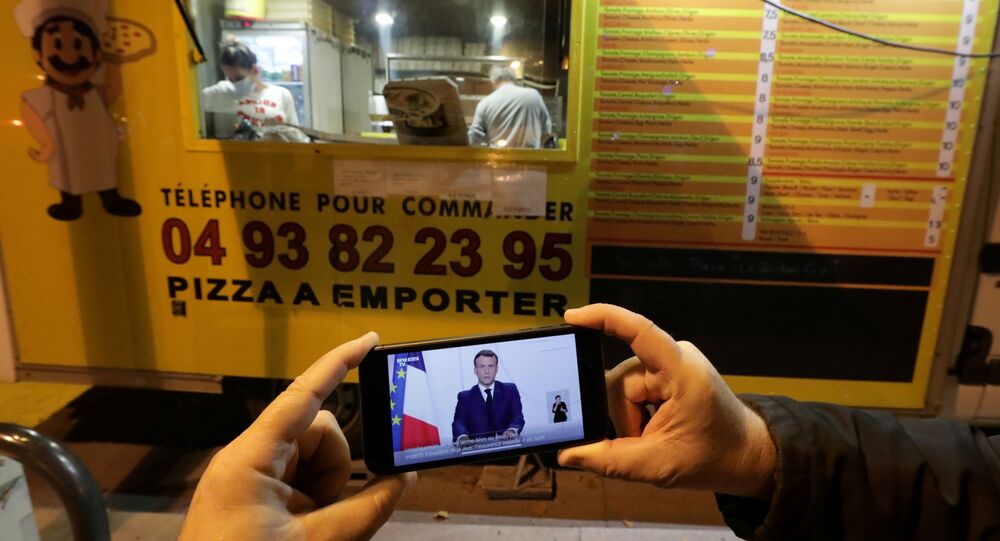 Finance Minister: French Economic Activity Down by 10%, Compared to 30% Drop During 1st Lockdown

MOSCOW (Sputnik) - Economic activity in France has decreased by 10 percent over the month-long nationwide lockdown amid the second coronavirus outbreak, compared to a 30 percent decline when the COVID-19 quarantine was first introduced in the country in spring, Finance Minister Bruno Le Maire told the France Inter broadcaster on Wednesday.

"We limited the economic damage, activity fell by a little over 10 percent, compared to 30 percent during the first lockdown," Le Maire said.

The minister also confirmed a 6 percent economic growth forecast for the next year, taking into account "the shock of the second lockdown" for the national economy.

Le Maire said that the government has changed the program of economic support for businesses so that all companies affected by the pandemic would be able to receive a one-time aid package of 10,000 euros (over $11,900) or a sum of 20 percent of their turnover during the same period of 2019 from the budget.

The minister added that the program would cost the budget 1.6 billion euros per month.

On Tuesday, French President Emmanuel Macron announced the partial easing of coronavirus restrictions starting Saturday, with the possibility of lifting the lockdown on December 15 if the daily average of virus cases falls below 5,000.

© REUTERS / MOHAMMED SALEM
Can Gaza’s Economy Survive a Second Lockdown?
The national authorities have said that they observed a decline in daily numbers of infections since mid-November.

The first nationwide lockdown lasted in France from March to May. Last month, Le Maire set a goal to limit the drop in economic activity to 15 percent during the second general stay-at-home regime introduced on October 30.