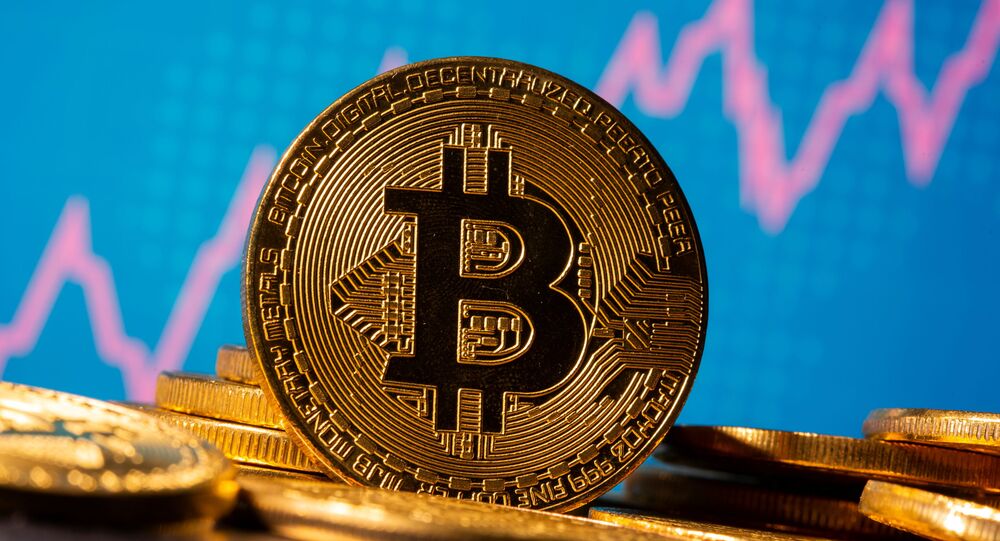 Last week the world's most popular cryptocurrency hit $18,000 for the first time since its record price of $19,783 was registered almost three years ago.

Traders suggest Bitcoin is heading towards its record high price, as the cryptocurrency traded about 4.25 percent higher at $19,207 on Tuesday morning, according to the CoinDesk website.

At the same time, Bitcoin's market value is now estimated at $355.9 billion, as compared to the $331.8 billion it reached during its record-high in December 2017.

When your Mum has the strongest hands in the universe. #Bitcoin pic.twitter.com/6YyU4LWJrR

Social media users noticed that Bitcoin was surging simultaneously with falling gold prices. On Friday, a chief investment officer at BlackRock, Rick Rieder, suggested on CNBC's Squawk Box that the most sought-after digital currency could replace gold to a large extent because Bitcoin is "so much more functional than passing a bar of gold around".

According to trader Todd Gordon, the founder of TradingAnalysis.com, BTC, given its finite supply and portability, could reach $74,000 in the year ahead. Gordon's forecast is based on the Elliott wave theory, which posits that an overall trend consists of three ups and two "intervening corrections". Bitcoin has already witnessed the first four waves, and the fifth one could be its latest wave higher, he said.

Closing in on its all-time high, Bitcoin is making a big comeback, driven, apart from everything else, by PayPal and Square's Cash App, as they are going "crypto".