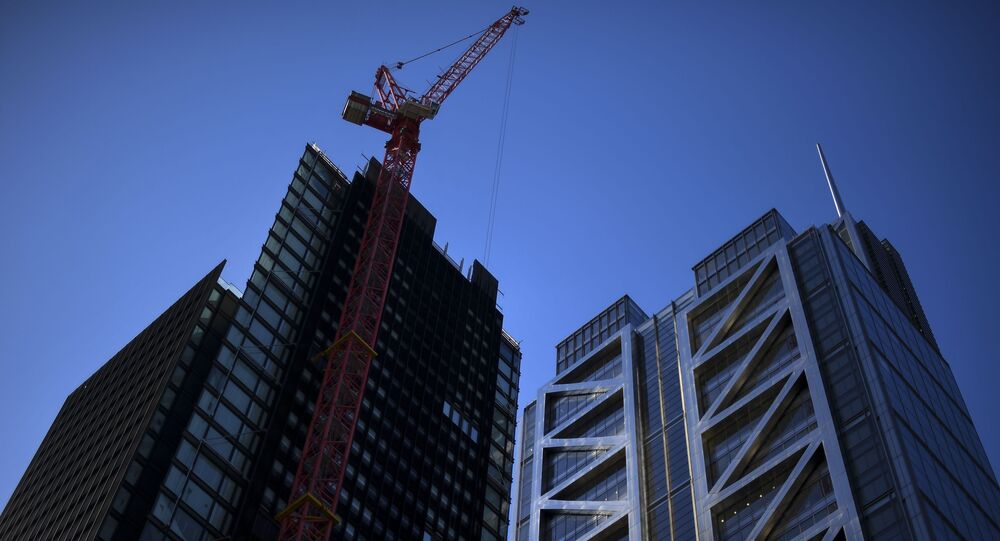 The Organisation for Economic Cooperation and Development predicted earlier that the UK's economy could shrink by more than any other developed country with the country' GDP contracting by 11.5 percent this year and by as much as 14 percent if the coronavirus pandemic resumes.

A leading British economic forecasting group, the EY Item Club, has predicted that the country's economy will shrink by eight percent this year and is unlikely to recover until 2023.

“This is an undoubtedly challenging environment for businesses and forecasting is extremely difficult. We’ve made some significant adjustments to our GDP expectations compared to what the data told us just six weeks ago,” the group's chief economist Mark Gregory said.

The group's previous report, issued in April, predicted a 6.8% fall in output for 2020. However, after official figures showed Britain’s economy shrank by a record 20.4% that month, the EY Item Club made adjustments, downgrading the figure to eight percent.

© REUTERS / Henry Nicholls
Sharp Contraction and Worst Outlook for UK Economy Amid Covid Crisis - OECD
It has also increased the size of the contraction expected in the second quarter of this year from 13% to 15%.

The report said that consumer spending could slump 17% in the second quarter and by 8.7% over the year as a whole, with investments falling by 13.7%.

"While this may sound surprising, the downgraded Item E&Y Club forecast is less pessimistic than many others," Marc Ostwald, global strategist and chief economist at UK-based ADM Investor Services International believes.

According to him, just last week the OECD downgraded its forecast for the UK to -11.5% y/y for 2020, while predicting a 9.0% rebound in 2021 in its ‘single hit’ from pandemic, and projected -14.0% and 5.0% respectively in the 'double hit' scenario. The expert insists that "the downward revisions are largely predicated on lockdown measures having been in place for longer [in Europe] than many had assumed in April."

"The fact that the UK is only just starting to ease lockdown measures significantly now, does tend to suggest that the 2020 downturn will likely be nearer the OECD than the Item Club forecast, and the pace of the recovery in 2021 and beyond has the added uncertainty and layer of complexity in respect of what is, or is not agreed in the UK/EU Brexit trade deal negotiations, which will be concluded this year (possibly without any deal)," Marc Ostwald says.

Dr George Theocharides, associate professor of finance at the Cyprus International Institute of Management, says that the British economy has been hit badly by the ongoing coronavirus pandemic, "perhaps more than any other country in Europe".

"During the months of March and April the economy has shrunk by a quarter (25%), with some estimating that the drop for this year could be double-digit. The prolonged lockdown measures that were imposed had a dramatic impact on all sectors and especially on the services sector that is so vital for the British economy. I do think though that there is still a lot of uncertainty that makes it difficult to have an accurate estimate on what will be the final impact for the year, or what type of a recovery we should expect", Dr Theocharides states.

But at the same time, the professor adds that the dynamic British economy has shown resilience throughout the years:

"Plus the government has the fiscal space to support the economy (although the public debt has dramatically increased lately because of the support measures to almost reach 100% of the country's GDP). Then, the Bank of England can support further the economy with more rounds of quantitative easing. On the other hand, we do not know whether we will have a second wave of the virus or how long the social distancing measures will last or what will be the outcome of the Brexit negotiations. Therefore, although I agree with the grim predictions, it is difficult to assess the magnitude of the drop in economic output and the type of the recovery that we should expect", Dr Theocharides elucidates.

On Monday, the United Kingdom started reopening retail stores after almost three months of closure, marking the country's return to pre-pandemic life in line with Prime Minister Boris Johnson's move to lift restrictions at the end of May.