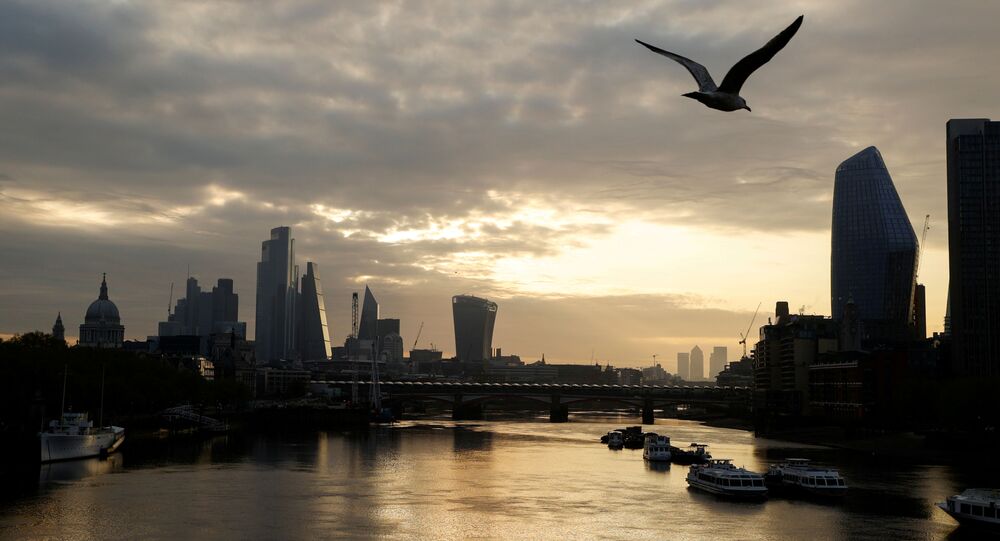 The figures follow losses among numerous indexes across Europe amid fresh concerns on the ongoing global coronavirus outbreak, with the German DAX falling 1.3 percent, European Union STOXX dropping 1.4 percent, among many others.

The FTSE 100 plummeted 137 points to 5,967.8 on Monday over fears of a second COVID-19 wave in China. The triple-digit losses saw the FTSE drop to its lowest levels since early March at the onset of the European outbreak, it was reported.

The news comes as Beijing authorities have been placed on alert and were forced to shutter a major food market in the Chinese capital after a fresh coronavirus outbreak was discovered.

"The dreaded second wave will weigh on equity markets - it is already sparking a wave of selling – and force policymakers to chuck even more money at this," Neil Wilson, chief market analyst at Markets.com said as reported by Proactive Investment.

He added: "Markets just need to think things are heading in the right direction to go up; it’s the rate of change that matters, so fresh waves of cases are taken as a sell signal. Equity markets had also clearly become overstretched and overbought."

Investors were getting a "reality check" and were realising that the pandemic was "not under control yet", James McGlew, executive director of corporate stockbroking at Argonaut in Perth said in a statement.

Further troubles were reported after British Petroleum shed 4.9 percent, placing it at the bottom of the commodity-heavy index after it announced a shock $17.5bn (£14bn) write-off of its asset value.

But supplies distributor Bunzl weathered the storm as the FTSE 100's sole winner, gaining 4.9 percent on Monday due to massive demand in the supermarket as well as safety and healthcare sectors, it was reported.

The news follows announcements from Downing Street, where UK prime minister Boris Johnson urged shoppers to spend money as lockdown restrictions on retail stores were eased on Monday morning. The British PM was "very optimistic" about reopening shops across the country in a bid to boost the national economy after the lockdown. Pandemic measures will continue to be enforced, including 2-metre social distancing and use of contactless payment methods, among others.