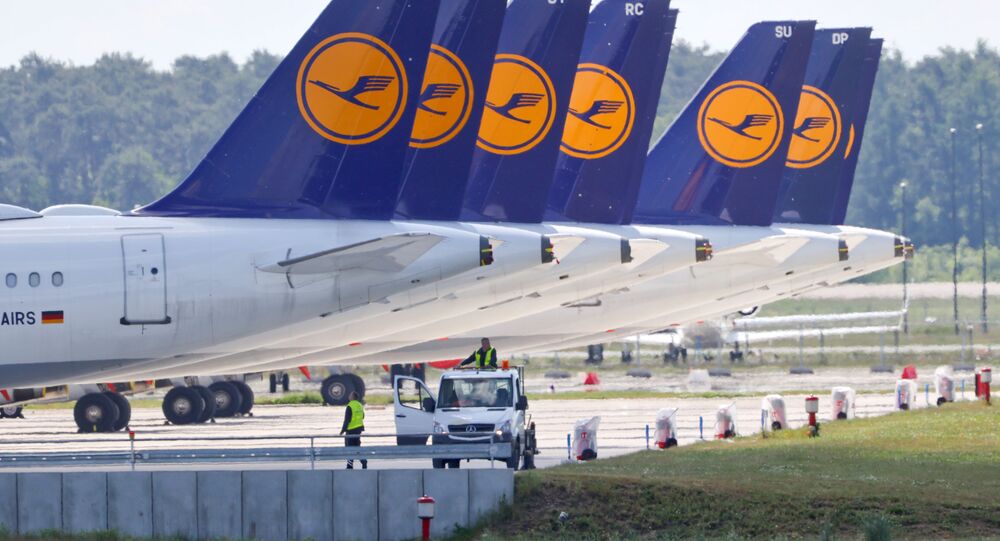 As has been made obvious by the coronavirus-triggered economic fallout, no-frills airlines have reacted more promptly to changing market conditions than state full-service giants. This is believed to have already given them odds in today’s fierce post-lockdown competition.

German air titan Lufthansa may have won a state bailout, but in return faces the necessity of giving away its airport slots to low-cost rivals, Bloomberg reported, adding the condition set by EU regulators, could further increase tensions between Lufthansa and its competitors.

Lufthansa was granted a 9 billion-euro ($9.9 billion) bailout, which went hand-in-hand with a slots accord with the European Union, but discounters like Ryanair Holdings Plc and Wizz Air Holdings Plc, Europe's third-biggest discount carrier, insist that the market alone should determine the winners, expressing their intent to challenge the balance of power.

"We are trying to take advantage of the situation", Wizz Chief Executive Officer Jozsef Varadi told Bloomberg, further stating: "Lufthansa is getting a huge financial edge, but they'll need to restructure after taking all of this money. So Germany will bring opportunities".

Wizz, which announced four new hubs and 50 new routes on Friday, will maintain all of its European bases and routes, while cutting frequencies, Varadi explained.

© AFP 2020 / NIKOLAY DOYCHINOV
This picture taken on May 1, 2010, shows a plane from low-cost eastern European carrier Wizzair which caught fire as it came to land at Sofia Airport. All 146 passengers on board escaped harm, the Bulgarian government announced

The strength of the challenge to Lufthansa in particular will depend on which competitors will occupy the 12 pairs of freed daily flight slots at its Frankfurt and Munich hubs as part of the bailout settlement with the EU. What complicates things is a provision that says only new entrants can obtain the takeoff and landing rights during the first 18 months.

Ryanair, which has flights in Frankfurt could reportedly target Munich, and EasyJet may do the reverse. Budapest-based Wizz doesn't currently serve either airport so could seek slots at both.

While full-service airlines in crisis-hit Europe have doubled down on slashing costs, including layoffs and cutting routes as a result of the corona-induced economic fallout, discounters, albeit also cash-strapped, are set to go to great lengths to extend their operations, having been quicker in responding to the new stringent conditions. For instance, as Bloomberg reports, discount carriers have overtaken most others in slashing costs: Ryanair, for example, which has its biggest base at London's Stansted Airport announced 3,000 job cuts a month ago when Lufthansa wasn't even through with its bailout request.

Separately, as full-service British Airways and Virgin Atlantic Airways Ltd. are largely in retreat, having indicated they'll exit London's Gatwick Airport to focus solely on their Heathrow hub, this means Gatwick will for now on acquire the status of a discount-oriented base. This will largely leave the local giant Easyjet unchallenged, while this will likewise offer new business opportunities for Ryanair and Wizz, Bloomberg noted.