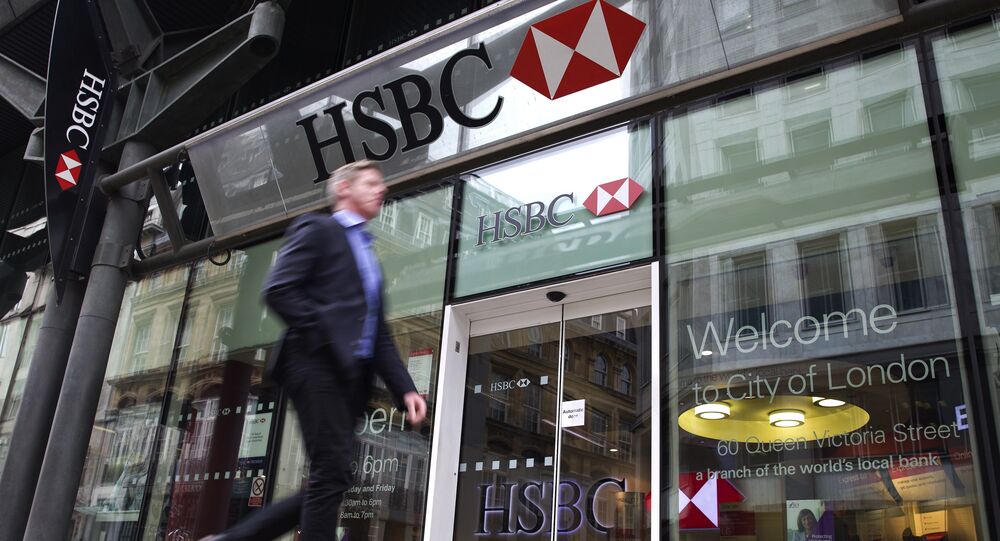 The company reported its annual earnings for 2019 with major losses, citing Brexit, lower central bank interest rates and the coronavirus epidemic, among others.

British multinational investment bank HSBC has planned to axe roughly 35,000 jobs and $100bn in company assets in a bid to keep up with competitors as the company struggles with numerous issues, it was announced on Tuesday.

The company said in a press statement and webinar that it will stop European stock trading and reduce branches across the United States, as well as merge private and public wealth management.

HSBC aims to cut back on $4.5bn in costs and plans to boost investment across Asia, despite protests at the bank's Asian headquarters in Hong Kong and the coronavirus outbreak. According to the company, loans and advances grew 5 percent, and gained a further 255,000 more customers, or 3 percent.

Interim boss Noel Quinn told the press that HSBC could shed around 15 percent of staff over three years, with targets of "closer to 200,000".

The restructuring would be one of the largest from a blue chip lender in over 10 years, he added.

Fears over the coronavirus outbreak have hit staff and customers, with long-term revenues being impacted due to disrupted supply chains, Quinn added.

Profits began to haemorrhage in 2019, where Europe's largest lender by assets lost a third of its pre-tax revenues, or $13.35bn, below its target of $20.03, due to $7.3bn in European and global banking write-offs.

HSBC has also cited underperformance across the US and Europe, with the bank set to axe around 30 percent of its US operations to attract wealthy and global clients. An estimated 10,000 initial job cuts were reportedly announced in October last year.

Stock buybacks would be suspended for two years to pay for the bank's restructuring, with plans to invest $100bn in "higher returning areas" over the next three years, as well as pay $6bn in restructuring costs.

HSBC will also keep its global investment banking hub in London to cull its European footprint, Reuters reported, adding that the bank aims to grow across Asian and Middle Eastern markets and slash its role in the equities trading industry.

The news comes after a report accused the UK bank of major financial fraud, including unfair charges against customers defaulting on sub-prime loans and fighting European Union attempts to reign in financial crime, with some slamming the finance hub as the "money laundering capital of the world". The US Department of Justice also fined the bank's Geneva private banking branch $192m after the latter admitted helping individuals and corporations offshore nearly $1.3bn in assets to avoid paying federal taxes up to 2007.