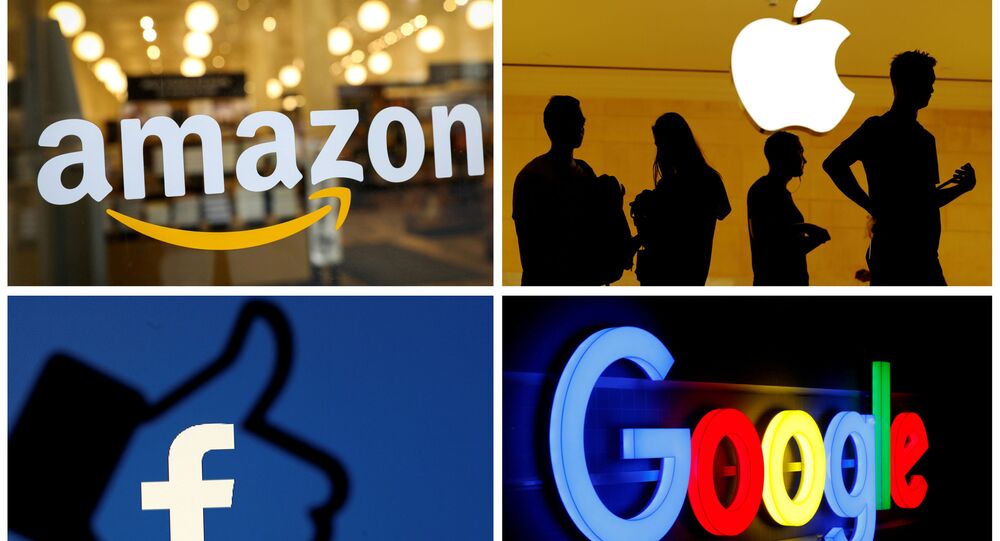 Several European countries have been infuriated by the huge profits made by global internet giants like Google, Amazon and Facebook who avoid paying tax in many jurisdictions. Britain is planning to follow Italy in imposing a digital service tax.

The Chancellor of the Exchequer, Sajid Javid, has insisted the UK will press on with the introduction of a digital tax on tech giants in April despite a threat of retaliation which was made at the Davos summit on Wednesday, 22 January.

US Treasury Secretary Steven Mnuchin said Washington would retaliate with a tariff on EU auto imports if Britain and France pushed ahead with the tax.

​Mr Javid said afterwards: "We plan to go ahead with our digital services tax in April.”

He said the tax was "proportionate" and "temporary" and told the annual World Economic Forum in Switzerland: "It will fall away once there is an international solution."

Pretty clear that the US Treasury Secretary is saying he expects UK to negotiate privately introduction of tech tax in April and if talks with Chancellor here don’t work out the President will deal with PM Boris Johnson... pic.twitter.com/CyqhizzX9w

​Italy has already introduced a digital levy on tech companies and Austria plans to follow suit this month but France has suspended its plans, pending negotiations between President Emmanuel Macron and Donald Trump.

France has offered to drop the tax if an international agreement is reached at the Organisation for Economic Cooperation and Development.

OECD chief Angel Gurria has told Britain to "hold fire" on its tax and told the BBC he feared there would be a "cacophony and a mess" with tit-for-tat tariffs. The digital tax was originally proposed by Mr Javid’s predecessor, Philip Hammond, who said it would generate £500 million a year.

The British government believe companies like Amazon have decimated UK retailers while paying only a fraction of the tax.