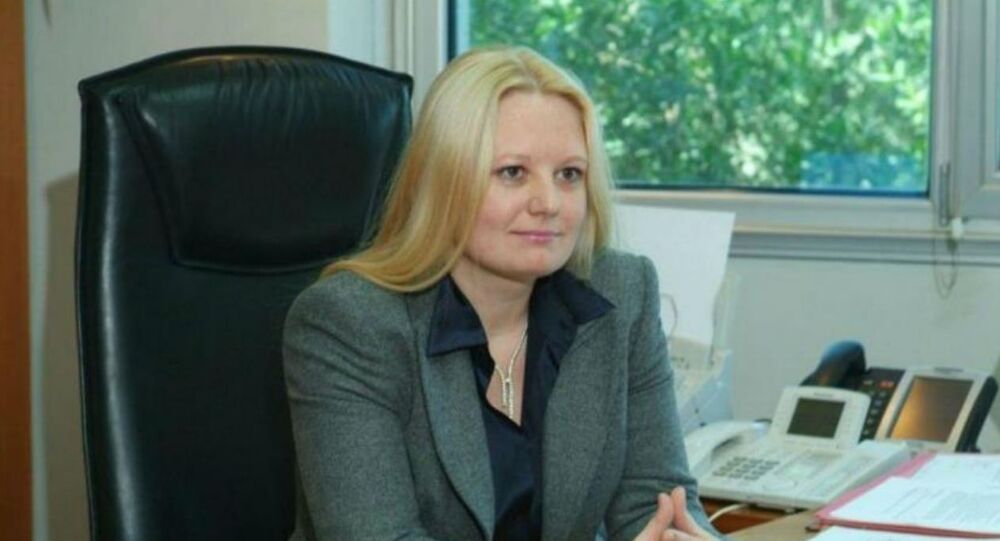 The ruling has been slammed by members of the international community after a leading businesswoman in the Middle East was sentenced to additional jail time, in a case widely seen as an impetus to change partnerships with countries "violating human rights".

Concerns over Marsha Lazareva, former CEO of KGL Investment Company, have been raised after a Kuwaiti court handed the businesswoman a further 7-year sentence over alleged embezzlements of funds connected to the Port Fund, whose investors include the Kuwait Ports Authority and Kuwait Public Institution for Social Security.

The Russian national was accused of billing for unperformed work and ordered along with co-defendant, Saeed Dashti, to return 11m Kuwaiti dinars (£27.7m) to the Kuwaiti Ports Authority, including a 22m KWD (£55.4m) fine.

But Ms Lazareva and her defence teams, Omnia Strategy LLP and Crowell & Moring LLP, were not informed of the hearing which tried her in absentia.

The news comes roughly three months after courts handed her a 15 year sentence of hard labour via a separate trial, bringing her total sentencing to 22 years.

The judgment was "not unexpected" as Kuwaiti judiciaries had "disregarded the rights of the accused and stopped at nothing to achieve a conviction" in the absence of credible evidence, Cherie Blair CBE, QC for Omnia, said.

Mrs Blair, who heads the defence team, added that the judgment had been ordered "hurriedly", namely after her team was not informed of a "secret hearing" in late December and was left unable to attend.

The case was the second such time Ms Lazareva had been "convicted on these charges", Mrs Blair said, adding that her client had successfully appealed under similar circumstances after Kuwaiti prosecutors and courts "failed spectacularly" to respect human rights by denying the chance to present a case, among other offences.

She said: "Today, we are seeing history repeating itself. The judgment lacks credibility and demonstrates that Kuwait’s courts are more concerned with saving face than upholding basic human rights.

Other officials speaking out on the case have raised concerns, including former FBI director Louis Freeh, who said he was "shocked" at the ruling.

He had always respected Kuwait as an "honourable and important US ally" but said that there was something "very wrong" with the way with the court's handling of the case.

He said: "Such an unfair and unsupported verdict undermines the entire system of justice in Kuwait. Saeed and Marsha are innocent of these very insufficient charges and verdicts, and the case should be dismissed".

Jack Straw, former UK foreign minister and home secretary, added that the court actions were "highly questionable" and that it was difficult to believe Ms Lazareva and her defence team had not been informed of the hearing.

Mr Straw added that he could say that "nothing like this can or should happen in decent legal system".

Ms Lazareva was arrested in November 2017 and sentenced to 10 years hard labour at Kuwait's Sulaibiya Prison over the embezzlements of funds allegations. She later launched an appeal in May last year, which revealed evidence used against her had been forged by a Kuwaiti official, leading to her receiving a $60m bail condition.

Her defence team, which includes powerful figures such as Mrs Blair and Wikileaks lawyer Jennifer Robinson, forwarded a petition to the UN Working Group on Arbitrary Detention (UN-WGAD), which lowered Lazareva's bail conditions, which allowed for her release in June last year, subject to terms from the Kuwaiti Attorney General.

But Ms Lazareva, a mother to a 5-year-old son, was sentenced to an additional 15 years in prison in November last year, with the Moscow Chamber of Commerce and Industry and numerous political and business professionals in the US slamming the ruling, citing violations of human rights.

Russian Foreign Minister Sergei Lavrov stated at the time that he had spoken with Kuwaiti authorities in March last year in a bid to secure her right to a fair trial.