The reason why is somewhat ironic – the world’s largest banknote provider is running out of money.

The UK’s largest money printing company, De La Rue, which provides Britain with its national banknotes, passports, and tax stamps, has recently issued a statement where it expressed “significant doubt” over its future, citing “material uncertainty”.

De La Rue is the world’s largest commercial printer and has been providing the Bank of England with banknotes since 1860, while also printing currency and providing banknote-related services in more than 140 other countries. It has also produces passports for 40 countries worldwide.

However, the company’s interim 2019-2020 financial results have looked rather gloomy, with De La Rue indicating that it received £40 million less in revenue in comparison to the preceding half-year’s results. The company has also lost more than 20 percent of its value since 25 November.

According to NBC News, the main reason for company’s financial difficulties could be that it was not awarded the contract to print the UK’s new blue post-Brexit passports, which went to Germany’s Gemalto instead.

“With a contract value of approximately £260 million, this will deliver significant savings compared to the £400 million contract awarded in 2009 and provide value for money to the taxpayer”, the UK Passport Office explained in April 2018, while also arguing that the contract would help create new jobs at Gemalto’s office in Great Britain. 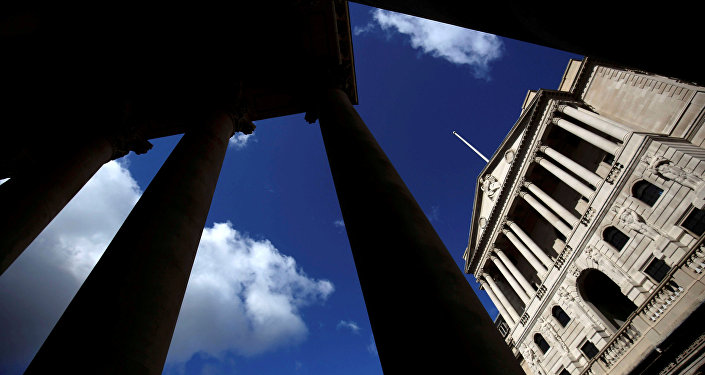 © REUTERS / Neil Hall
Bank Of England: Financial Sector Ready For No Deal Brexit But Wider Economy Will Be Harmed
The company could partly also be struggling from the rise in cashless payments and online transfers, but according to the investment research company Edison Group, the amount of banknotes in circulation and demand for them – especially long-lasting polymer banknotes –will continue to grow in the near future.

With all this in mind, De La Rue’s future, as well what will happen when it comes to the numerous central banks worldwide that depend on the company for printing banknotes, will be decided next year.