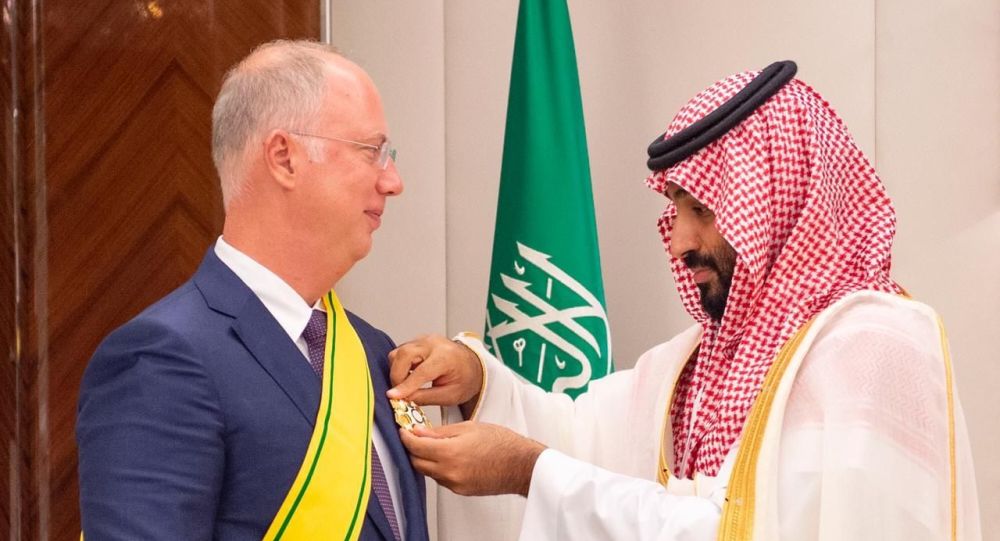 MOSCOW (Sputnik) - The Russian Direct Investment Fund (RDIF) CEO, Kirill Dmitriev, has received on Saturday the King Abdulaziz Second-Class Order of Merit for his contribution to strengthening cooperation between the two countries, the RDIF said in a press release.

"I am honoured to receive the highest award of the Kingdom of Saudi Arabia. Relations between our countries are developing intensively in all areas of bilateral cooperation, and I am extremely grateful for such a high recognition of the efforts of the Russian Direct Investment Fund. Relations between Russia and Saudi Arabia are built on a solid foundation of friendship and mutual trust", Dmitriev said, as quoted by the statement.

Dmitriev is the second Russian citizen to be honoured with this award after Russian President Vladimir Putin, who received the King Abdulaziz Highest Order of Merit during his visit to Saudi Arabia in 2007.

The award ceremony took place on the eve of the Russian president's visit to Saudi Arabia, and was attended by the monarchy's highest-ranking officials. Dmitriev was awarded by Saudi Crown Prince and Defence Minister Mohammed bin Salman Al Saud.

Earlier in October, Dmitriev noted that Russia managed to boost its cooperation with Saudi Arabia thanks to joint work on the OPEC+ oil output cut deal.

OPEC member states, Russia, and other oil-producing countries, together known as OPEC+, started capping their outputs in 2017. The OPEC+ deal has been extended several times since then, with the current extension running until 1 April 2020.