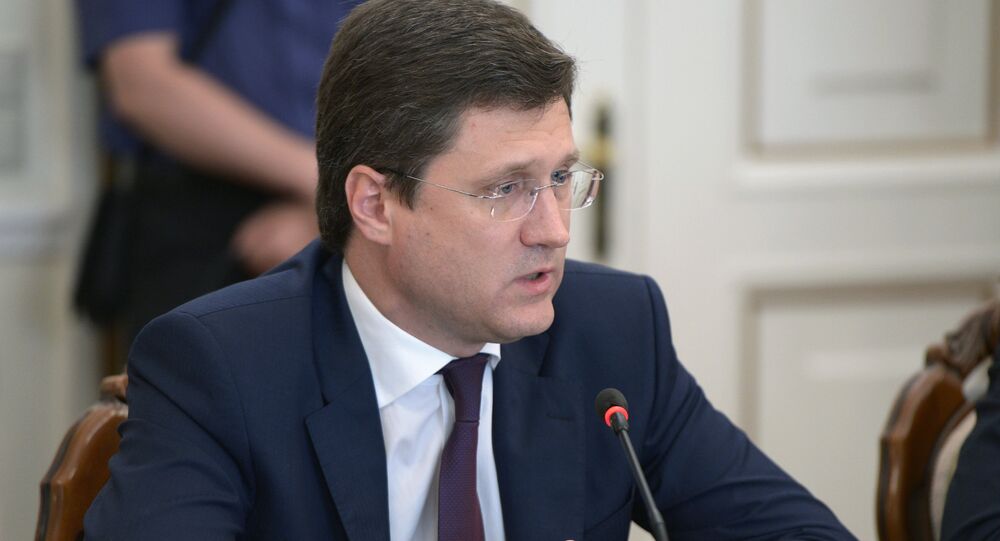 BRUSSELS (Sputnik) - Russian Energy Minister Alexander Novak has stated that he had again contacted his Saudi counterpart Prince Abdulaziz bin Salman after the attacks on oil facilities of Saudi Aramco.

“Yes, we talked yesterday", the minister answered the relevant question from journalists.

He said the situation on the oil market now was more stable than on Monday.

In the early hours of 14 September, two Saudi Aramco refineries, in Abqaiq and Khurais, were attacked by drones. As a result, the output decreased by 5.7 million barrels of oil per day, which makes up more than half of the usual production.

The minister continued on by saying that Russia in 2020 will deliver gas to European consumers in volumes enshrined in contractual arrangements.

"I want to highlight once again the important point that European consumers will be supplied with necessary volumes [of gas] in accordance with the contractual terms. Including for this purpose, we are ready to use Ukraine's gas transportation system under economically appropriate terms in accordance with the legislation that will be applicable in Ukraine", Novak told reporters.

Novak also noted that Moscow is ready to reserve gas transit capacity through Ukraine starting in 2020 if Kiev implements European standards in its legislation.

"We heard from our Ukrainian partners an interest in continuing work from 1 January 2020. The Ukrainian partners showed us a regulatory framework that will be implemented from January 1, 2020. It’s about European legislation ... the unbundling of Naftogaz, the involvement of a separate gas transmission system operator ... We took note of this information", Novak told reporters after Russia-Ukraine-EU gas consultations.

Russia proposed temporarily extending the existing contract for gas transit through Ukraine, since there are no guarantees for the timely implementation of EU legislation in Ukraine, moreover, Russia is ready for extension for any period required for Ukraine for such implementation, Novak stated.