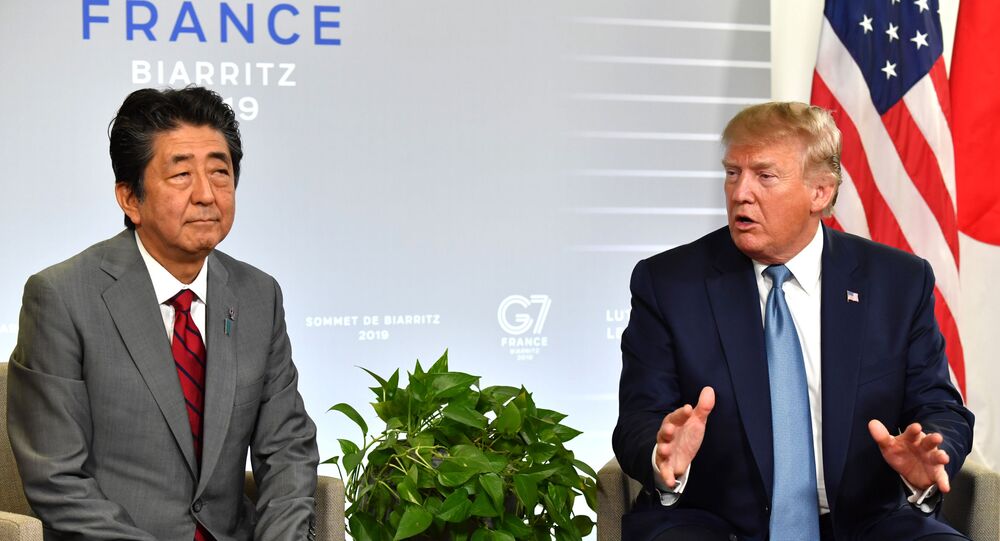 In a statement by the White House Office of the Press Secretary Monday evening, US President Donald Trump announced the US and Japan had concluded an initial trade agreement regarding trade barriers between the two nations.

Trump further noted he would be entering into an executive agreement with Japan regarding digital trade.

The deal focuses in large part on foodstuff trade between the two countries, including beef, wine, wheat, pork and dairy products. However, the agreement notably excludes Japanese automobile sales to the US, which have been the target of Trump's ire in the past and against which he's threatened to launch putative tariffs akin to those in place against Chinese imports.

The deal has taken place under the Comprehensive and Progressive Agreement for Trans-Pacific Partnership, which is the revised Trans-Pacific Partnership free trade pact that entered effect last year. Trump pulled out of the initial, larger deal shortly after becoming president, claiming the deal was bad and pledging to negotiate smaller, separate deals with various nations.

The deal will see tariffs slowly decrease over the next several years, Reuters noted.

According to the Japan Times, Trump and Japanese Prime Minister Shinzo Abe met on the sidelines at the annual Group of Seven conference in Biarritz, France, late last month and agreed to speed up finalization of the deal. Abe said at the conference that they hoped to see the deal signed on the margins of the UN General Assembly meeting in New York from September 17-30.