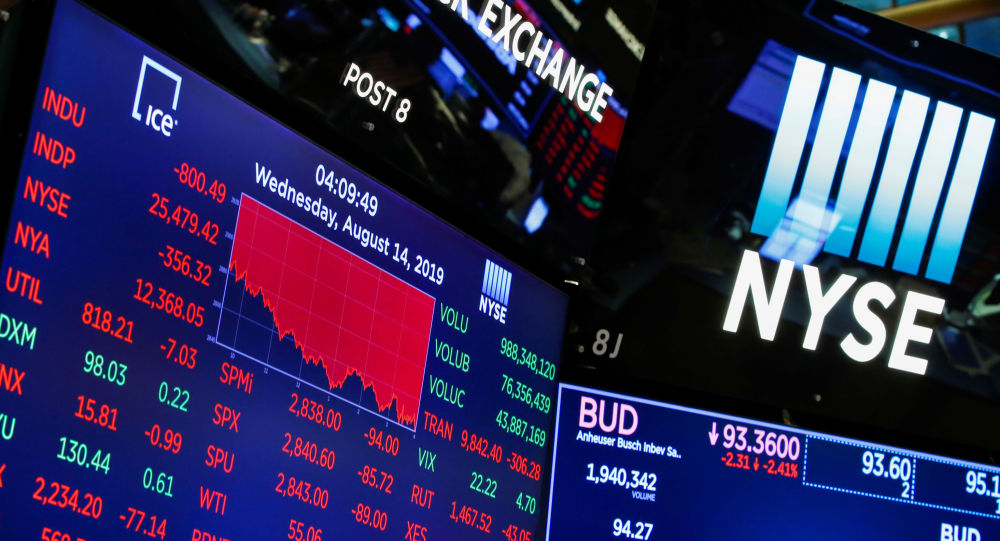 The Dow Jones Industrial Average took a dive of more than 600 points on Friday, hours after US President Donald Trump ordered US companies to move their operations away from China.

Hours before Friday's closing bell, Trump took to Twitter, telling his millions of followers that he was ordering US companies to find alternative locations to their operations in China.

"Our Country has lost, stupidly, Trillions of Dollars with China over many years. They have stolen our Intellectual Property at a rate of Hundreds of Billions of Dollars a year, & they want to continue. I won’t let that happen! We don’t need China and, frankly, would be far better off without them," Trump tweeted.

"The vast amounts of money made and stolen by China from the United States, year after year, for decades, will and must STOP. Our great American companies are hereby ordered to immediately start looking for an alternative to China, including bringing your companies HOME and making your products in the USA."

POTUS followed up his remarks by stating that he intends to announce his own response to China's newly announced tariffs in the coming hours.

In a later tweet, Trump attempted to flip the script by suggesting that the Dow's 573 point drop at the time was the result of news that Rep. Seth Moulton (D-MA), one of several Democrats running in the 2020 presidential race, was ending his candidacy. Trump's dig was quickly bashed by netizens.

​Trump's tweets come hours after China unveiled new tariffs on some $75 billion worth of US goods, including agricultural goods such as wheat, corn and beef. Beijing's new tariffs will range between 5% and 10%, and will be implemented in two different batches on September 1 and on December 15.