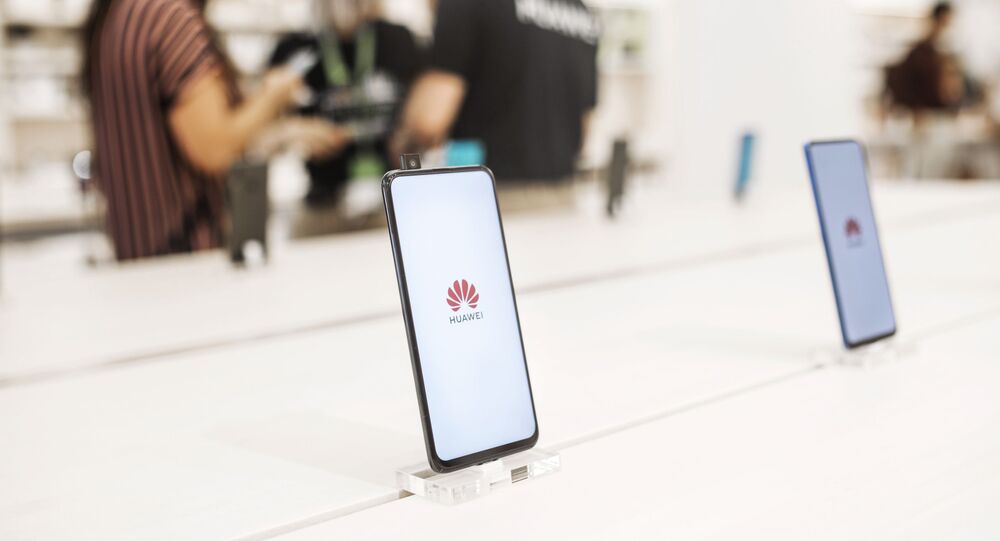 The Chinese technology giant has also unveiled a new high-end chip equipped with artificial intelligence, boasting that it has “more computing power than any other AI processer” of its kind “in the world.”

Huawei expects US restrictions to cut down revenues on several sectors of its business, including its smartphone division, but losses look like they’re going to be lower than initially feared, according to the company.

“It seems it is going to be a little less” than the $30 billion in losses projected by Huawei CEO Ren Zhengfei in June, Eric Xu, the company’s deputy chair, said at a press event in Shenzhen, his comments cited by Reuters. “But you have to wait till our results in March,” he added.

Xu noted that the $100 billion company’s consumer division, including smartphones, was doing “much better” than initially feared. “But a reduction of more than $10 billion could happen,” he admitted.

In any case, Xu dismissed as “meaningless” Washington’s announcement on Monday that it would be extending permits to allow some US technology suppliers to continue doing business with Huawei by another 90 days, saying his company and its employees were “fully prepared” to continue their operations, ban or no ban.

At Friday’s event, Huawei introduced the Ascend 910, a new processor equipped with artificial intelligence technology, which the company boasted was the most powerful of its kind in the world. The company has also been working on an alternative operating system for its smartphones to replace Android given US pressure on Google to sever ties with the Chinese firm.

Huawei launched the Ascend 910, which is described by the company as the world's most powerful AI processor, and an all-scenario AI computing framework MindSpore https://t.co/taxP43F1c7 pic.twitter.com/jASwvaYZHG

The US Commerce Department blacklisted Huawei Technologies and about 70 of its affiliates in May, forcing major US tech firms from ending partnerships and to stop sales of US technology and hardware to Huawei. The US justified the blacklisting by accusing Huawei of working with the Chinese government and of installing back doors into its equipment which can then be used for espionage and cyberattacks. Huawei has repeatedly denied these claims, with Chinese officials and media pointing to Washington’s broader trade war with Beijing as the real reason behind the ban. US officials have since lobbied Washington’s European allies extensively to bar Huawei products, particularly in countries where the company is engaged in the construction of 5G wireless networks.

Sales of Huawei products on domestic markets have gone up considerably in recent months as a result of the US blacklisting, surging by nearly thirty percent in the second quarter of 2019 compared to the same period in 2018, with the company posting the equivalent of over $31.2 billion in earnings in the first half of the year.

Earlier this week, Huawei founder and CEO Ren Zhengfei said his company was in a “battle” following the US ban and is in a “life and death crisis,” with its priorities being to “choose and promote talents,” and to reorganise to improve efficiency, including through cutbacks in personnel.

On Monday, soon following the US announcement that it would be extending waivers on restrictions for another 90 days, Huawei said Washington’s move won’t substantially impact the company’s business “either way,” but did urge the US to end its “unjust treatment” of the tech giant.