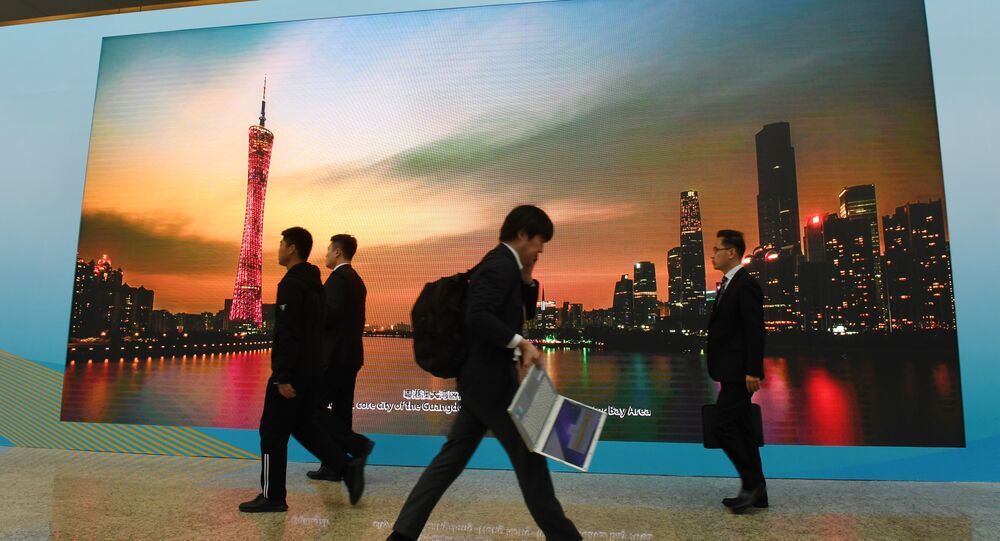 In late March, Rome approved the Belt and Road Initiative in a move that made Italy the first member of the Group of Seven (G7) economies to join the Chinese project.

Major EU countries are ready to sign a memorandum of understanding on China's Belt and Road Initiative (BRI) as a group rather than individual states, German Economy Minister Peter Altmaier told the Second BRI Forum in Beijing.

“In the big EU states we have agreed that we don't want to sign any bilateral memorandums, but together make necessary arrangements between the greater European Economic Area and the economic area of Greater China”, Altmaier underscored.

He added that Germany, France, Spain, and the United Kingdom had already shown at the Beijing forum on Friday that the EU was “in its great majority” united in its vision that “we can only implement our positions together”.

Separately, Altmaier applauded Chinese President Xi Jinping's pledge to pursue free trade, multilateralism, and sustainability as part of the Belt and Road, saying that “we will take this promise seriously”.

The German economy minister’s remarks come shortly after Xi said in his keynote speech at the BRI forum that the next step for the international project was to push the initiative towards high-quality development, with a focus on green infrastructure and finance.

“We need to ensure the commercial and fiscal sustainability of all projects so that they will achieve the intended goals as planned. Everything should be done in a transparent way and we should have zero tolerance for corruption”, Xi pointed out.

© AP Photo / Thomas Peter/Pool
New Belt and Road Initiative: China's Silk Road Challenged by US and Its Allies
EU member states have repeatedly signalled their readiness to take part in the BRI project, with Italy in March becoming the first major Western government to support Beijing’s initiative, a move that was slammed by the US.

The BRI, also known as the One Belt, One Road project, was first announced by the Chinese President in 2013 and remains one of Xi’s most ambitious foreign policy and economic plans.

The goal is to boost cooperation between Eurasian countries and accelerate economic growth in the region. The project also stipulates promoting investment in projects that would link dozens of countries across Africa, Asia, and Europe through the creation of infrastructure networks similar in purpose to the ancient Silk Road trading routes.