The Federal Reserve’s latest study found that credit card delinquencies, application rejections and involuntary account closures are on the rise in the US. Economists are worried the trend may indicate economic troubles on the horizon.

On Monday the New York Federal Reserve released the results of its quarterly Credit Access Survey, which it last conducted in October, and the results show a worrisome new trend. 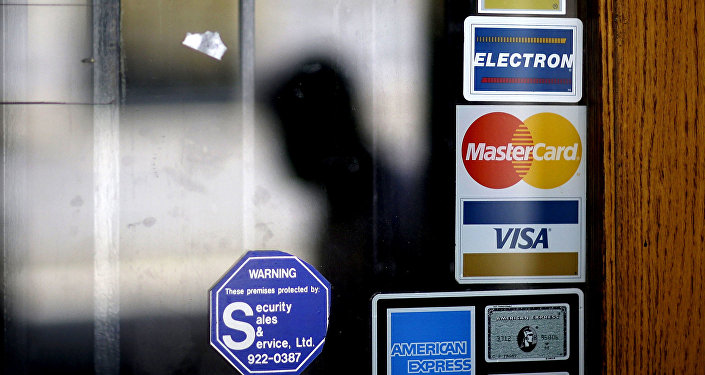 The Fed's data shows that 21.2 percent of people who applied for credit were denied, an increase of 5.5 percent since the previous October. For those with credit cards who requested increases in their credit limits, 31.7 percent had that request rejected by their lending institution, up from 24.9 percent a year ago.

In addition, 7.2 percent of respondents said that either a credit or store retail card account of theirs had been closed by the lending party. In October 2017 that number was 5.7 percent and in October 2016 it was at 4.2 percent.

Liberty Street Economics, a blog run by members of the Federal Reserve Bank's Research and Statistics Group, noted on December 3 that the past two years of tightening credit card issuance followed a three-year period of steady growth in both the issuing of credit cards and of aggregate credit limits.

"Particularly in the context of a strong economy and still relatively low, though rising, interest rates, the elevated flow into serious delinquency is potentially concerning," the authors write. "Evidence from the SCE Credit Access Survey, SLOOS, and our Quarterly Report on Household Debt and Credit suggests that looser credit standards and an increase in subprime card issuance during the 2013-16 period are likely to have contributed to the rise in delinquency rates. However, the increase in the delinquency rate can be seen even within finer credit score buckets, which is consistent with a loosening in underwriting standards beyond just credit scores with more cards going to more marginal applicants."

"Alternatively, the increase in the credit card delinquency rate may reflect the gradual rise in interest rates or weakening economic conditions facing subgroups of borrowers, even while the economy overall is doing well."

The Fed said Monday that with unemployment at a miniscule 3.7 percent and the generally good performance of the economy, the increase in delinquencies is "potentially concerning," and is most likely the result of credit card companies issuing debt too readily and to less-trustworthy borrowers in recent years, a practice they are now correcting.

Business Insider noted that credit card balances expanded massively in the last five years, from $670 billion at this time in 2013 to $844 billion in 2018. Further, the Fed's data shows that the sharpest increase in delinquencies was among those with low credit scores, although increases were reported among all credit score levels.

Credit cards serve as a sort of canary in the coal mine for consumers' financial stability: as the economy begins to weaken, credit card payments are among the first expenses to be put off. If credit card companies fear that such a development is likely they may try to get ahead of the ball and avoid giving out money they won't get back, Business Insider noted based on comments by a payments consulting firm CEO.