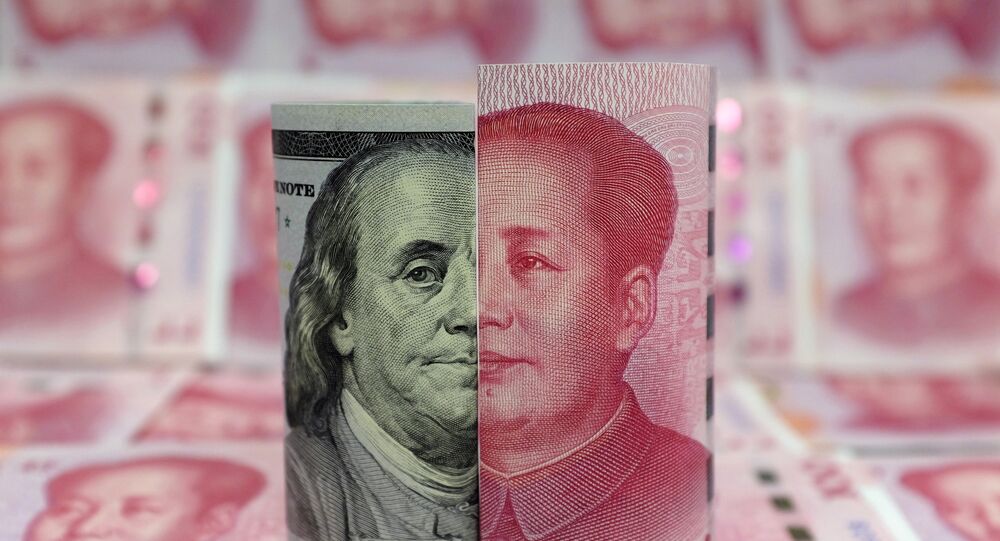 A top Chinese official is urging for deepening economic cooperation and open trade in the Asia-Pacific, as Beijing is seeking new export markets and sources of technology – whilst promising greater access for overseas companies to China’s huge consumer market.

Kristian Rouz — Chinese Premier Li Keqiang says Beijing will continue its reforms aimed at opening China's domestic market to foreign companies and investment. Li also reaffirmed Beijing's commitment to free and open trade, saying China opposes protectionism in any form — yet again taking a clear jab at the Trump administration in the US.

© AP Photo / Kin Cheung
What Trade War?: UK to Sell China ‘Unlimited’ Amount of Radar Tech, Hardware
In a new op-ed for Singapore's newspaper The Straits Times, Li urged what he called an "open world economy," a concept he believes could counter the "rising protectionism and unilateralism."

Li's remarks come ahead of his visit to Singapore, where leaders of Asia-Pacific countries commence their meetings on Monday, with a focus on the tension in international trade, and regional economic cooperation.

"China has opened its door to the world, we will never close it but open it even wider," Li stressed.

For his part, Singapore's Prime Minister Lee Hsien Loong, who is hosting the Asia-Pacific forum, echoed Li's sentiments, expressing his support for deeper regional cooperation and a multilateral approach to international trade relations.

Singapore's Lee also said free and open trade are "under attack" in the face of the recent exchange of tariffs between the US and China, and urged a greater openness in the global trading system.

© REUTERS / Jason Lee
China Remains Priority Market for American Businesses
These remarks come after Mainland China hosted a five-day import expo, producing multi-billion-dollar deals between Beijing and international manufacturers to boost their exports to China. In wake of the expo, many Asia-Pacific leaders are also hoping to boost their presence in the immense Chinese domestic market — but Beijing is poised to seek favours from its trading partners as well.

This as the People's Bank of China (PBOC) recently said the mainland's economy had slowed to 6.5 percent annual growth in the third quarter, mainly due to a slowdown in domestic lending in the face of an expected contraction in China's export revenues.

In this light, China is seeking new sources of hard currencies, and new markets for its exporters. Chinese officials are hoping to boost the exports of national manufacturers to other Asia-Pacific countries in exchange for certain trade preferences and concessions regarding China's consumer market.

And Singapore's Lee appears to be confident such plans could be viable.

"ASEAN has great potential, but fully realising it depends on whether we choose to become more integrated, and work resolutely towards this goal in a world where multilateralism is fraying under political pressures", Singapore's prime minister said.

Singapore officials have previously expressed concern that the deepening trade spat between the US and China could negatively affect the city-state's economy. Singapore is heavily reliant on its financial services industry and has served as a mediator between many American and Chinese firms doing business in both directions.

© AP Photo / Jeff Roberson, File
Steel Imports From China, Italy Hurt US Economy - US Trade Commission
Now that the volumes of China-US trade and investment are expected to drop, it is in Singapore's utmost interest to help China establish deeper economic ties with other advanced economies.

For several months, China and Singapore have pushed for a new multilateral trade and investment deal, which would include the majority of Asia-Pacific countries. The deal, dubbed the Regional Comprehensive Economic Partnership (RCEP), somewhat echoes the letter and spirit of the late Trans-Pacific Partnership (TPP).

Chinese officials said RCEP would greatly streamline and facilitate trade between countries accounting for more than 30 percent of the world's GDP — including such US allies as Japan and South Korea, along with India and China itself.

The proposed deal has also raised a concern of so-called "trans-shipping" — with China re-selling its goods into the US through countries that have free-trade deals with the US, for example, South Korea. This would allow Chinese manufacturers to bypass Trump's stringent tariffs.

China's Li said he is aiming to advance talks to RCEP during this week's ASEAN meetings.

Chinese Businesses Rush to Get Exports Out Before Tariff Increase - Analyst