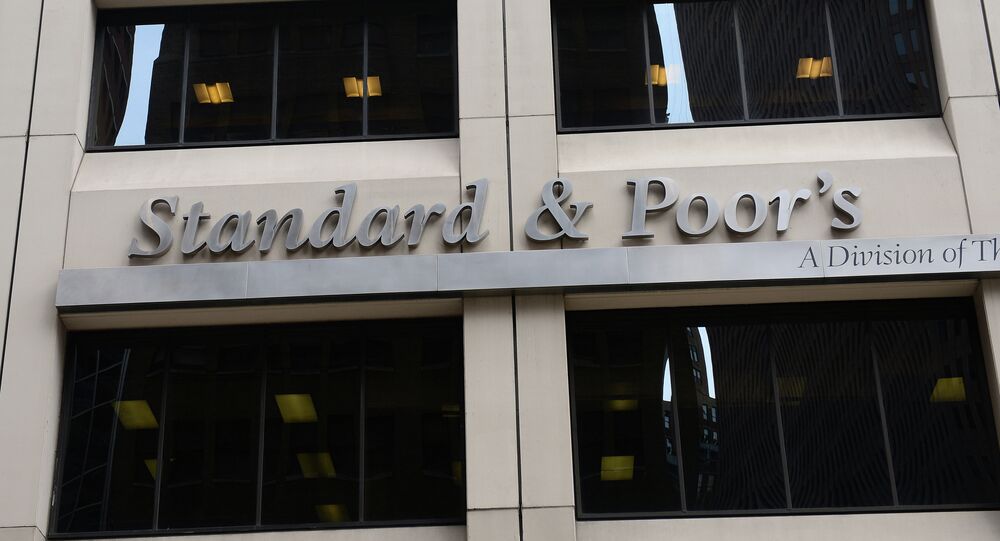 The international credit rating agency has reaffirmed Italy’s sovereign debt rating, but changed its outlook to negative over the country’s 2019 budget proposal – which comes amid Italy’s escalating tensions with the European Commission, lingering economic uncertainty, and financial market anxiety.

Kristian Rouz – The Italian government is facing a heightened threat of disinvestment and political tensions with the European Commission after international credit rating S&P cut its sovereign debt outlook to “negative.” Although S&P reaffirmed Italy’s credit rating at BBB, the outlook downgrade bears potentially harmful political and economic consequences within Italy as well.

S&P Global Ratings said Italy’s credit rating would remain at two-notches above “junk,” although the now-negative outlook could potentially bring Italy closer to a non-investment grade.

“The Italian government’s economic and fiscal policy settings are weighing on the country’s economic growth prospects, a critical driver of government debt-to-GDP trajectory,” S&P said in a statement.

The nation’s debt-to-GDP stands at just above 130 percent, while next year’s budget deficit is poised to increase to 2.4 percent from 1.8 percent for the 2018 fiscal year.

S&P said the populist Italian government’s fiscal plans could hinder GDP growth, while its debt could dramatically increase in the medium-term.

“In our view, the government’s planned economic and fiscal policy settings have eroded investor confidence, as reflected by a rising yield on government debt,” S&P said.

However, economists say Italy’s fiscal stimulus package is lacking one serious element – a reduction in budget spending. Italy’s left-wing parties in parliament have insisted the levels of budget expenditures remain unchanged in the 2019 budget – and this, S&P says, could deal a blow to GDP growth.

“We expect the demand stimulus from the government’s budgetary measures will likely be short-lived,” S&P said.

Higher yields would require higher central bank interest rates, which could boost the profitability of lending activity of banks and make up for the loss of value of their government bond holdings. But Italy’s monetary policies are directed by the European Central Bank (ECB) in Frankfurt, which is not inclined to raise rates quite as sharply as might be necessary.

This could create a hazardous discrepancy between Italian yields and base interest rates, bringing its commercial bank on the edge of a cliff yet again – and possibly causing yet another European debt fiasco.

© REUTERS / Stefano Rellandini
'Socialism is the Root Problem' of Italy's Huge Debt – Pundit
The European Commission told Italy to review its 2019 budget and submit a new proposal within three weeks. Officials in Brussels are trying to coordinate fiscal policies within the EU to bring them in line with the single monetary policies of the ECB.

Additionally, Germany and France have been pushing for deeper European integration in the form of a fiscal union – and Italy’s potential debt problems could derail such plans, something which Brussels is trying to avoid.

For its part, S&P has criticized Italy’s plans to lower the retirement age, saying it would be a costly and unnecessary step. But Italian Prime Minister Matteo Salvini said he wouldn’t give in on the budget “even by half a millimeter.”

Italy “continues to be supported by its wealthy and diversified economy and its strong external position, with the economy close to becoming a net creditor in the context of its net international investment position,” S&P said.

Despite the mounting tensions, the Italian government has rejected the speculation of an “Itexit” – or Italy leaving the EU – although a significant number of Eurosceptic MPs were elected earlier this year.

Budget talks between Rome and Brussels are set to continue, while Italian financial markets are expected to remain under pressure due to the lingering uncertainty and the still feeble national banking system.