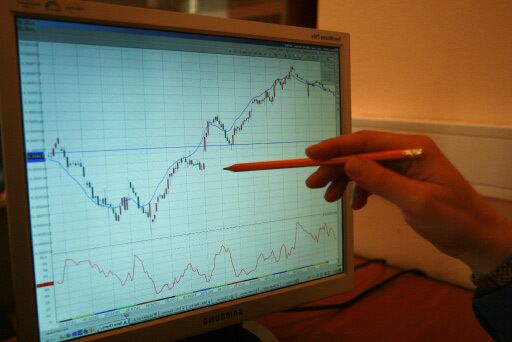 A new report finds the UK's economy has strongly rebounded during the three summer months from its sluggish expansion at the beginning of the year. However, Brexit-related downside factors are widely expected to weigh on the GDP growth rate closer to the yearend.

Kristian Rouz — The British economy appears to have rebounded from its mild slowdown in the first half of this year, posting a robust pace of expansion during the three summer months. Officials have observed a rebound in consumer confidence and demand, a lower jobless rate, as well as ongoing growth in manufacturing.

According to the Office for National Statistics (ONS), the UK economy grew 0.7 percent between June and August, posting stronger-than-expected gains across several sectors. The ONS said stronger consumer spending was the primary driver of this expansion.

"The economy had continued to rebound strongly after a weak spring," Rob Kent-Smith of the ONS said.

The ONS observed an acceleration in retail revenues, food and drink production and sales, as well as residential construction. Additionally, the UK's trade deficit with the EU lessened to its narrowest level since September 2015, while the volume of trade with the rest of the world has increased substantially.

READ MORE: UK Tells Its Own History From Perspective of Being on Right Side — Researcher

However, the ONS also found economic growth in August was flat due to a rise in imports, while economists had expected a 0.1-percent expansion. Annual GDP growth also slowed to 1.5 percent that month from 1.7 percent in July.

"Rolling three-month growth in the services and construction sectors eased compared to July, but this was offset by industrial production recovering from its recent contraction," Andrew Wishart of Capital Economics said.

The ONS said in August alone, Britain's production of oil and natural gas both increased, while services were flat, and manufacturing posted a mild contraction. All of these factors might point to another possible slowdown in the British economy in 3Q18.

These developments come as the Brexit talks between the UK and EU wind down; they will draw to a close this coming Wednesday. It is still unclear whether the sides will reach a deal, as Westminster has rejected Brussels' proposals on remaining in the EU customs union.

For their part, European officials — along with many hardline Tories in London — have been skeptical of British Prime Minister Theresa May's ‘Chequers proposal'.

Some members of May's ruling Conservative and Unionist Party are pushing for a ‘no-deal' Brexit — a scenario which could possibly spook investors and contribute to a slowdown in the British economy towards the yearend.

Many economists doubt the UK and EU will be able to reach a mutually satisfying agreement, suggesting a ‘hard Brexit' is increasingly likely.

"Brexit uncertainty — which we estimate has knocked 0.5 percent or so off business investment since the referendum — will probably get worse before it gets better," Ruth Gregory of Capital Economics said. "While there is a decent chance that Theresa May will clinch a Brexit deal (perhaps next week), we are less optimistic about the prospects of it gaining Parliamentary approval."

Analysts also say the British economy is likely to slow down towards the yearend before returning to a steady pace of expansion sometime next year. Capital Economics observed the summer acceleration in the UK's GDP was motivated by temporary and seasonal factors, leaving its growth forecast for the year 2018 at 1.3 percent.

However, the British economy will return to growth once Brexit is done due to its solid labor market, ultra-low unemployment, and rising wage growth — seen as boosting consumer confidence in the long-term.

"Admittedly, Bank of England Chief Economist Andy Haldane commented in a speech this week that there are signs of a 'new dawn breaking in pay growth,'" Capital Economics' Gregory said.

Meanwhile, Brexit-related uncertainty will inevitably dissipate once it becomes clear on what terms the sides will part ways on March 29, 2019. Experts say both the British and international companies doing business in the UK will adjust their plans accordingly.

"The underlying services picture looks to be slow and steady," Lee Hopley of EEF the Manufacturers' Organisation (formerly known as the Engineering Employers' Federation) said.

While GDP expansion is likely to be slower in case of a ‘hard Brexit', overall the UK appears to be well-positioned to reassert its role in the global economic system upon its divorce from the EU.