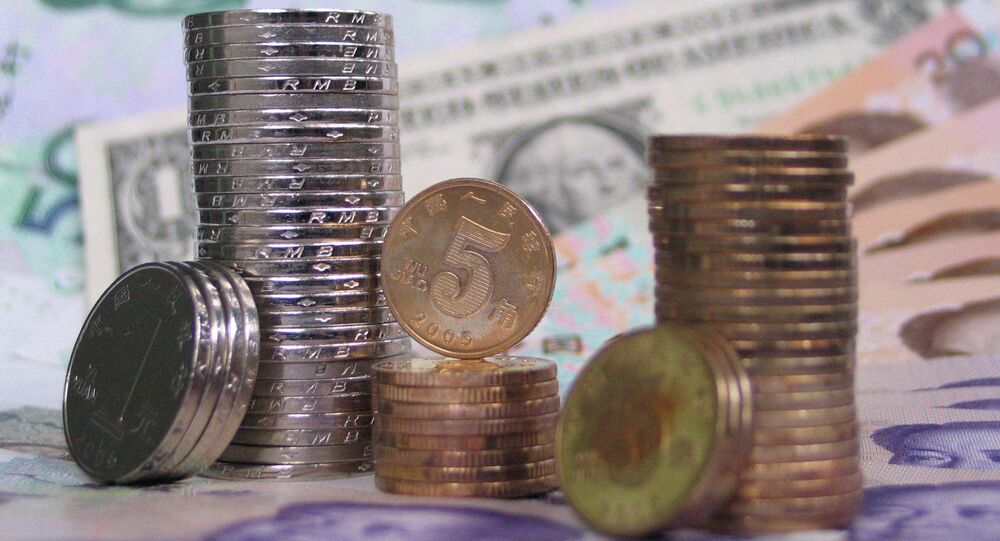 The bonds sale was carried out in the wake of a massive blow sustained by the US stock market earlier this week, and effectively demonstrates China’s sway in the international bond market.

Beijing sold $3 billion of sovereign dollar bonds, making it the third such sale in the last 14 years.

© AFP 2021 / STR
US-China War is Inevitable?
This move, which was described by Bloomberg as "an even bigger demonstration of China’s pull in the international bond market," came in as markets suffered a global rout on Thursday after Wall Street’s worst losses in eight months.

"The bond issuance is more like a vote of confidence in China’s creditworthiness," Ziyun Wang, partner and senior portfolio manager at DeepBlue Global Investment Ltd, said.

As Reuters points out, the Chinese bonds were priced at 30, 45 and 70 basis points over US Treasuries for the five-year, 10-year and 30-year bonds, respectively.

The US-Chinese trade war broke out in July when US President Donald Trump imposed tariffs on some Chinese imports in order to fix the US-Chinese $500 billion trade deficit. Since then, the two sides have exchanged several rounds of import duties on each other in spite of numerous attempts to resolve the conflict via dialogue.

Bolton: US Sees China as 'Major Issue' of Century