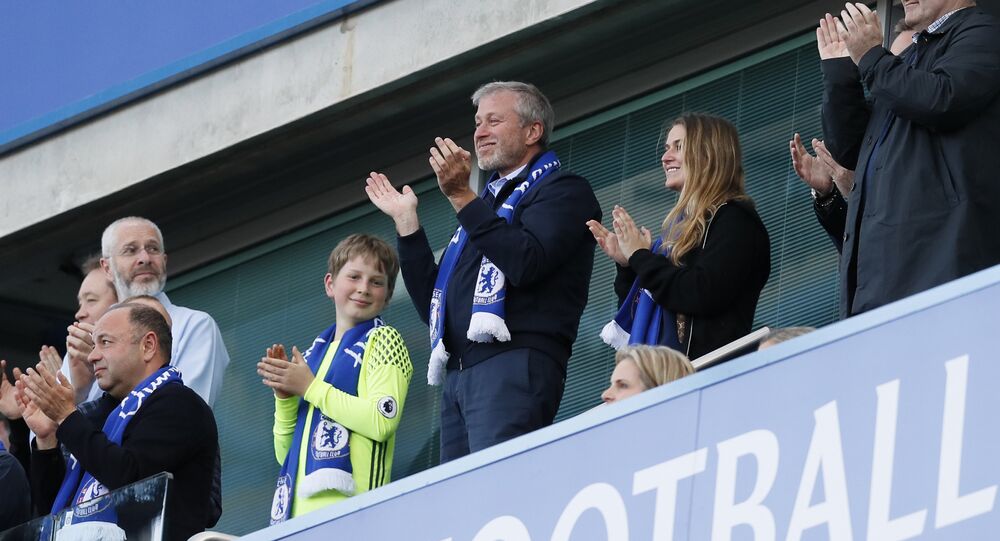 Rumors of the Russian businessman selling Chelsea have been circulating for months, since Roman Abramovich was rejected a renewal of his UK investor visa in May and has therefore left Britain, currently being unable to personally attend Chelsea’s games.

Roman Abramovich is seeking a staggering £3 billion for his London football club Chelsea, which is a record asking price in the sports world, Bloomberg wrote, citing its source familiar “with the discussions” in a feature into the Russian billionaire. The article, titled “Has Anyone Seen Roman Abramovich? The Last Days of Londongrad,” has it that the Blues are indeed up for sale in light of a possible expansion of US sanctions, although “obsessed” Abramovich would rather keep it to himself.

“Abramovich is mulling a sale of Chelsea, frustrated by his British visa problems and concerned about the potential fallout should the US expand sanctions against wealthy Russians and target him,” the magazine wrote.

It went on to dwell on remarkable details about how Abramovich engages with pleasure in the daily life and matches of his club, which has virtually “become an obsession.”

"When he’s in New York, he’s been known to watch Chelsea matches at Legends, a Midtown sports bar, with other fans (and his bodyguards, who lurk discreetly). If you go into his houses or yacht, there’s a screen in virtually every room, almost always with football on it,” a source from the billionaire’s circle was quoted as saying.

According to Bloomberg, he also eagerly weighs in interviews with potential coaches, personally looks into transfer choices and even “sometimes smuggle[s]” those he talks club issues over with “into his home in Kensington through an underground entrance to shield them from the press,” the edition cited an attendee of one of those talks as saying.

Rumors of Abramovich selling the club have been circulating for quite a while, ever since he was reported to have obtained Israeli citizenship in May this year. At the time, his British investor visa had expired and the Home Office delayed its renewal amid a Russia-Britain diplomatic spat over the Skripals’ case, forcing Abramovich to stay outside London for the past several months.

Since then, Abramovich has reportedly turned down a nearly 2 billion-pound offer from Jim Ratcliffe, a chemicals tycoon, who is esteemed to be the wealthiest person in Britain.

In late August, reports emerged of Abramovich hiring an investment bank to file and look into potential buying offers. Nevertheless, a source among the Blues stated that the “club is not listed for sale and the owner doesn’t float such a prospect.”

The Russian tycoon purchased Chelsea out of a near-bankruptcy state in 2003 for £140 million (about $223 million at the time) and has since injected no less than £1.17 billion in investments into the club. Under him, the Blues have won the Premier League five times, as well as grabbed the Champions League and UEFA European League titles.

Chelsea’s success couldn’t escape comments on Twitter, with users heaping praise on the club’s owner and his genuine interest in the club’s management:

Even after yesterday, I’m still more excited for our next game than I ever was last season.

And there’s only one man to thank for bringing in the Sarri revolution to make all that possible.

Terrific article — As for a legacy he has built one at Chelsea — whether it will be for ever we'll see. If Abramovich doesn't say anything no one will ever know

If Roman Abramovich wasn’t a businessman, Chelsea football club would be bankrupt by now.