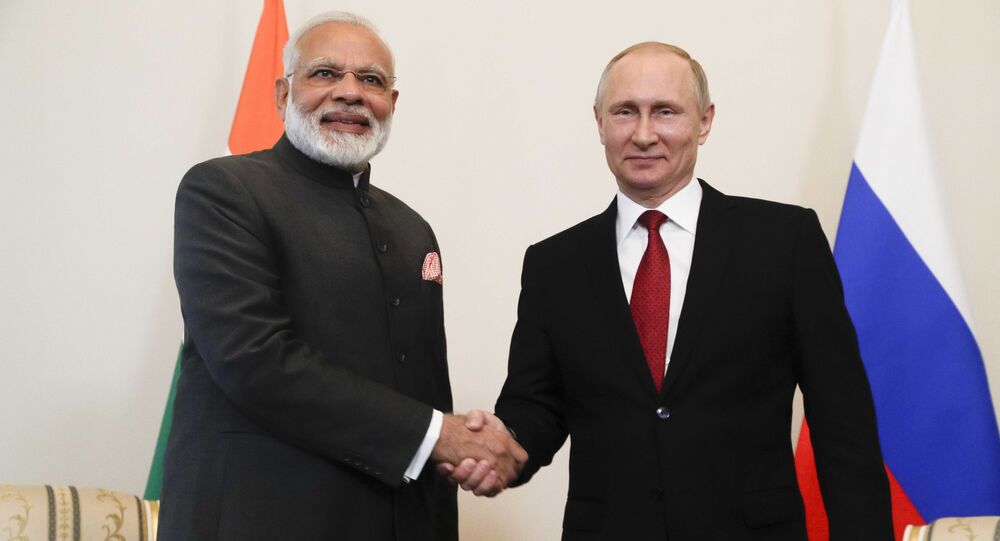 Putin to Modi: Our Efforts Are Successful as Bilateral Trade Turnover Growing

"I recall your visit to Sochi, we had very good, kind, friendly and informative talks, and now we are preparing for my visit to India in October this year," Putin said at a meeting with Modi on the sidelines of the BRICS summit in Johannesburg.

"Our efforts are successful as the bilateral trade turnover is growing. Last year it grew by 24 percent and in the first five months of this year by another 26 percent," the Russian president said.

They held a bilateral to exchange their views on the "current international situation" and major issues of common concern, China’s state news agency Xinhua reported.

After the talks, the two had a dinner together on the sidelines of the 10th BRICS summit.

US Sanctions Against Moscow Not Affecting Russia-India Cooperation – Envoy