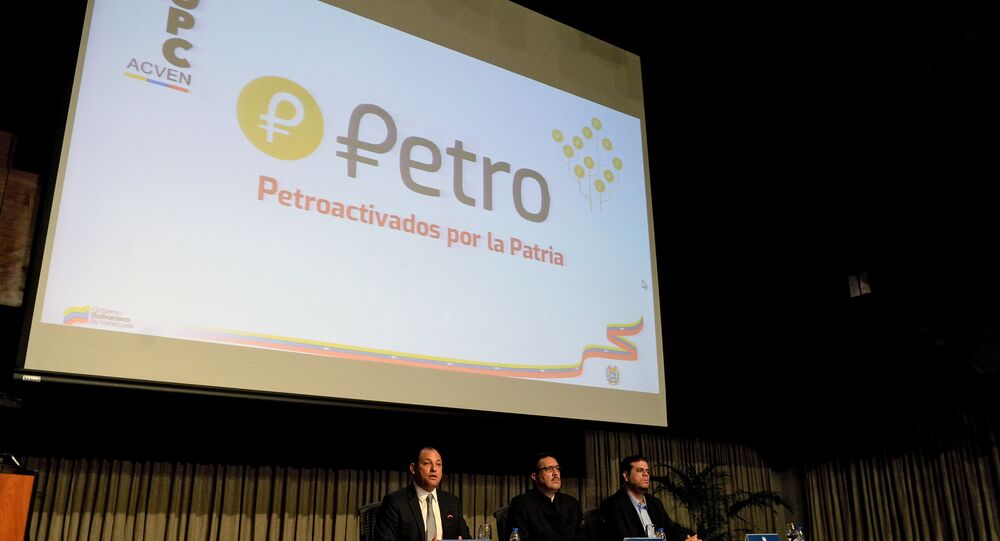 "There is no other cryptocurrency that has similar guarantees, which make it so attractive and secure," Tortosa said.

Venezuela invites other countries, including Russia, to invest in its first government-backed cryptocurrency, called petro, which was launched earlier this year in an attempt to overcome liquidity shortages due to US sanctions, Carlos Rafael Faria Tortosa said.

"In addition to striving to become the first government that uses a cryptocurrency in this field, we consider it as a tool to withstand US sanctions. Cuba, Iran have been under sanction regime for years, Russia also became familiar with sanctions some years ago. We need to use advantages that these technologies can offer against the aggressor. We invite all interested countries and their investors to participate in projects related to petro and of course we urge to acquire our currency," the ambassador said.

The ambassador added that Venezuelan President Nicolas Maduro was "forced" to put forward the Petro project due to political and financial pressure on the country, including due to the US sanctions.

Venezuela has become the first country to launch the oil-backed cryptocurrency. The sales of Petro started in March after a month of presales.