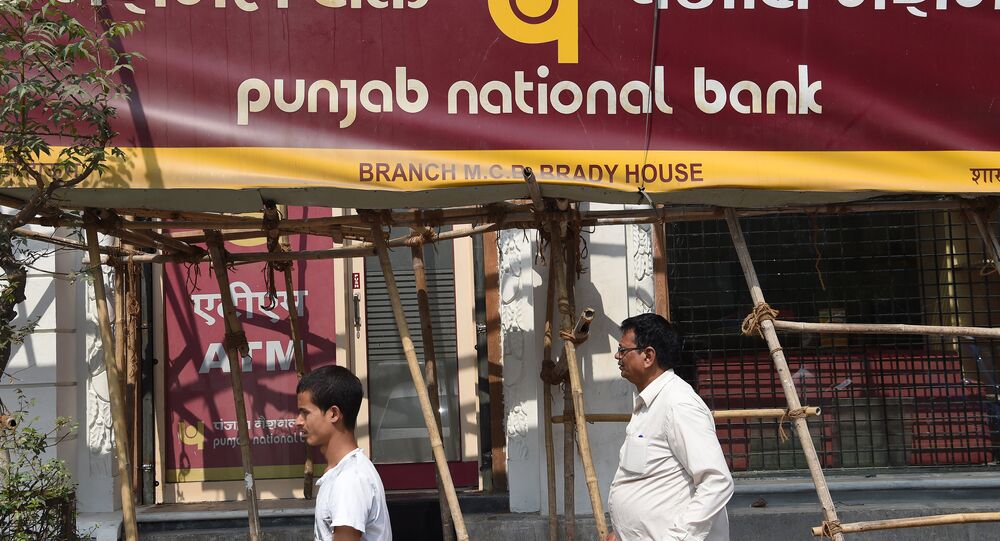 New Delhi (Sputnik) — The Punjab National Bank (PNB) has accused billionaire jeweler Nirav Modi and its associates of fraudulently acquiring advances worth $1.8 billion form one of its branches in Mumbai to make payments to foreign suppliers. The Central Bureau of Investigations (CBI) to which the PNB reported the matter, has now booked Nirav Modi and his associates for criminal conspiracy, cheating, and corruption.

"The bank has detected some fraudulent and unauthorized transactions (messages) in one of its branches in Mumbai for the benefit of a few select account holders with their apparent connivance. Based on these transactions, other banks appear to have advanced money to these customers abroad," PNB said in an exchange filing on Wednesday.

CBI receives 2 complaints from #PunjabNationalBank against jewellery designer #NiravModi and his company over dubious transactions worth Rs. 10,000 crore pic.twitter.com/JiEyQ0WuBA

The bank, however, didn't elaborate on what impact the fraud may have on its books and it didn't name the other lenders which could be hurt. The amount of fraud money is equivalent to eight times the lender's 2017 net income of $206 million. This has led to the bank's shares falling by more than 6 percent.

The CBI had already launched investigations against Nirav Modi and his associates after the PNB on February 5 complained that Nirav Modi and others had conspired with bank officials to fraudulently obtain advances of $44 million.

"On unearthing these fraudulent activities, the bank rejected the request for a roll-over and decided to inform the regulator and CBI for investigation," the bank had said.

Even as Nirav Modi's firm contested the allegations claiming they had used the advance facility in the past, the PNB has categorically denied having found any records that it had been used.