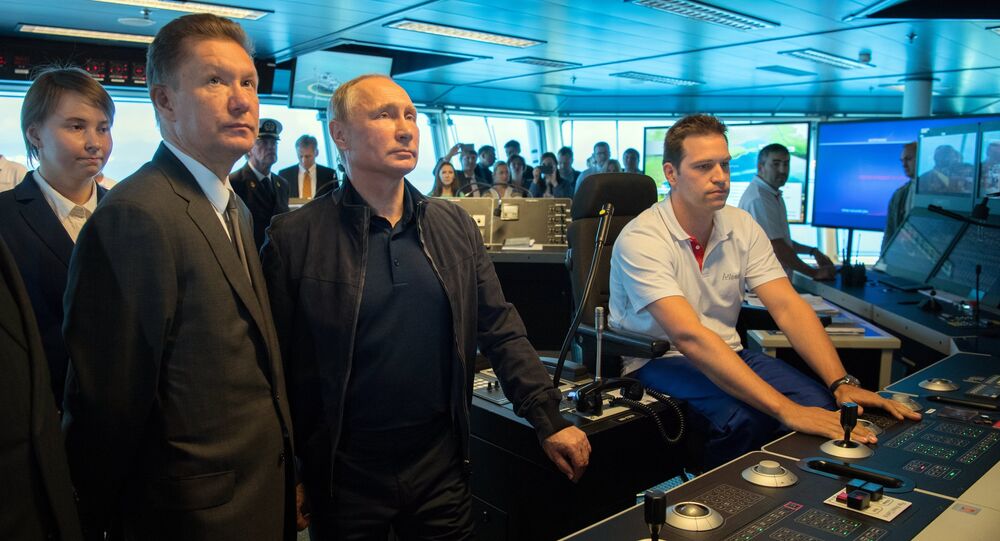 The Russian president informed his Turkish counterpart of the beginning of the pipe-laying work at the Turkish Stream pipeline's deep-water section. Vladimir Putin also said he hoped it would be possible to meet the construction deadlines for the Akkuyu nuclear power plant.

"Our projects with Turkey are developing the way they are not developing with many other partners," Putin said. "Where we spend yeas with different countries on various administrative approvals, with Turkey this is done in several months and undoubtedly happens as a result of your direct personal support."

© Photo : Pixabay
Launch Date of Turkey's First NPP Built With Russia's Help Revealed
Noting that the Turkish Stream construction agreement was signed in the fall of 2016, Putin pointed out that "work has already begun after seven months."

Putin is observing the alignment of the shallow and deep-water parts of the Turkish Stream aboard the Pioneering Spirit pipe-laying ship in the southern Russian city of Anapa in Krasnodar Territory.

"If our partners want to, we will be ready to supply gas through Turkey to South and Southeast Europe," Putin said.

He noted that "we see such interest in our partners."

Putin expressed confidence that it would be possible to meet the construction deadlines for the Akkuyu nuclear power plant.

"If we continue moving in this pace with the work on other issues, we shall definitely fulfill the plans, in particular, will introduce the first NPP unit by the deadline," the Russian president said.

Any Room for Serbia in Turkish Stream Gas Pipeline Project?