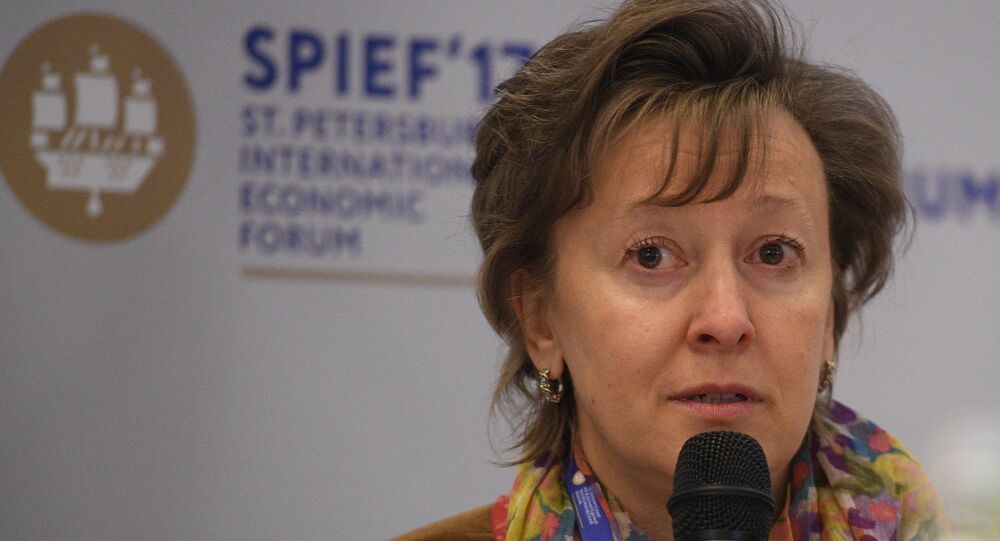 EAEU May Gain Up to $2.7 Bln in GDP From Free Trade Zone With India

The Russia-led Eurasian Economic Union (EAEU) could add as much as $2.7 billion to its GDP in the long term from creating a free trade zone with India, Eurasian Economic Commission (EEC) Trade Minister Veronika Nikishina said at the St. Petersburg International Economic Forum (SPIEF) on Thursday.

© Sputnik / Vladimir Pesnya
Talks Between EAEU, Iran on Free Trade Zone May End by October – Russian Foreign Ministry
ST. PETERSBURG (Sputnik) — In March, Russian Industry and Trade Minister Denis Manturov said that the EAEU and India were working on a free trade agreement, with his Indian counterpart Nirmala Sitharaman expressing hope to sign the deal as soon as possible.

"The feasibility study of the free trade zone agreement with India showed that the overall GDP increase of the bloc’s member states could come to $1.5 billion in the short term and $2.7 billion in the longer-term outlook," Nikishina said during a business breakfast called "EAEU-India: Strategic Partnership."

She added that the free trade zone enables extremely important competitive advantages through "qualitative change of the terms of entering the markets of our countries." According to Nikishina, SPIEF is an important element of building relations with India, with a research group focused on the possibilities of signing the Russia-India agreement having been created during the 2015 forum.

"For each of the six countries, the five member states and India, economic modeling at the very least shows serious advantages provided by signing the free trade agreement," Nikishina added.

The EAEU is an international organization comprising Russia, Armenia, Belarus, Kazakhstan and Kyrgyzstan. It aims to encourage regional economic integration through the free movement of goods, services, and people within the union.

SPIEF, which kicked off on Thursday and will continue through Saturday, is a major global platform for communication between business representatives and for discussing crucial economic issues. The Rossiya Segodnya International Information Agency is the official media partner of the forum.