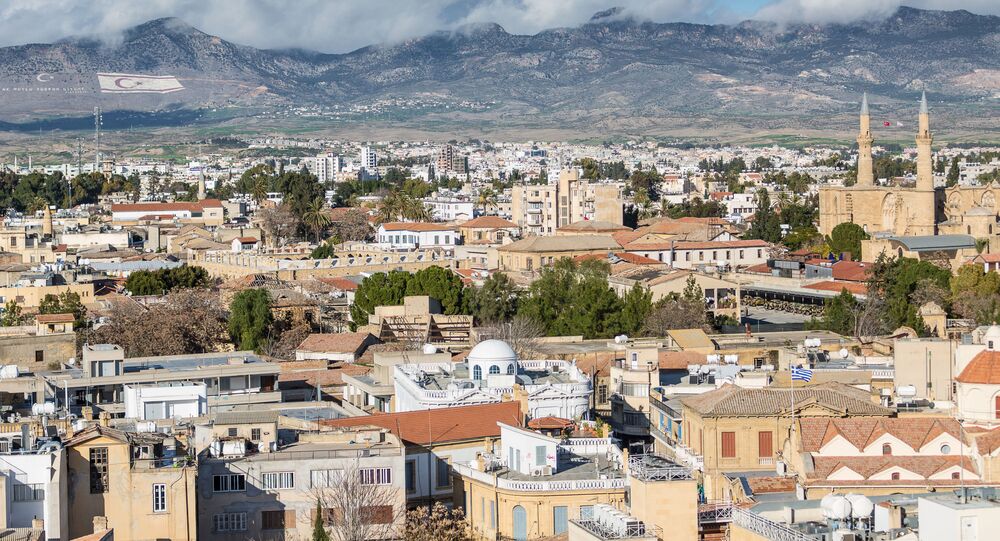 "Cypriot and Russian business have found the way to continue working… We have a lot of Russian companies which have their EU base here in Cyprus… Despite the setbacks that one could see in the relations between the EU and Russia, still Cyprus and Russia manage to work together," Lakkotrypis said.

The minister mentioned the impact of sanctions on Cyprus' agricultural exports to Russia.

The minister added that in 2015, the country's tourism was significantly impacted because of the exchange rate of the ruble as less Russian tourists visited the island.

Cyprus invites Russian companies to invest in the science and technology park that is currently being constructed near the southern city of Limassol.

© Sputnik / Eugene Odinokov
Russian Foreign Minister Lavrov Starting Official Visit to Cyprus on Thursday
“We want to develop a science and technology park and for that reason we have set aside a beautiful piece of land near Limassol on the coast for creating a technology park. Now there is a tender out, it is an invitation for those who might be interested. There is tender out for finding such a strategic investor that would create a science and technology park and invite or develop such kind of activities in Cyprus. So I invite Russian companies to Cyprus,” Lakkotrypis said.

Cypriot authorities hope that Russian companies will participate in future tenders to build gas infrastructure on the island nation.

"We are getting ready now to launch a tender for building of infrastructure what we need to bring gas and buying gas. Two separate tenders for introducing natural gas to Cyprus. So we will buy gas for own use. We hope that we will have Russian companies to participate in both. And we are talking about tens of millions of euros projects, which I am sure will interest Russian companies especially which can build the infrastructure that we need," Lakkotrypis said.

Lakkotrypis added that local authorities have invited Moscow to participate in gas infrastructure projects because of the experience Russian companies have in this sphere.

"We continue to invite Russian companies at what we are doing especially because of the experience that Russians can carry in that kind of industry," the official said.

According to the minister, Moscow is currently not involved in gas exploration and production in Cyprus, but is taking part in several projects related to gas transportation and storage.