Russia's state development bank Vnesheconombank (VEB) said Wednesday that it would present its concept of promoting national innovations in such spheres as quantum and convergent technologies and the blockchain systems during the upcoming St. Petersburg International Economic Forum (SPIEF). 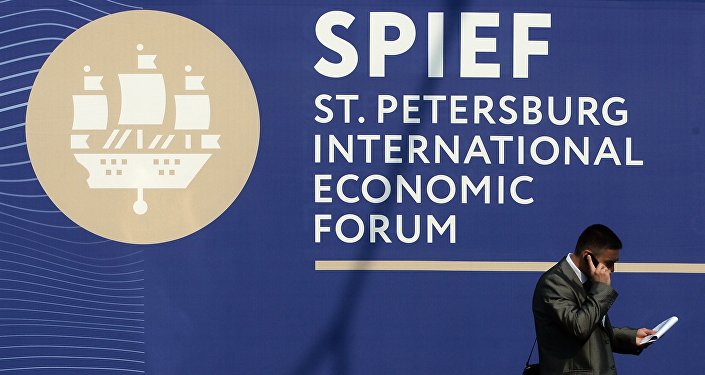 So far, ministers of 26 countries confirmed their participation in the forum, while the total estimated number of participants, comprising entrepreneurs and representatives of various organizations like the International Atomic Energy Agency, is over 5,000 people.

"In accordance with its corporate strategy, VEB intends to expand its participation in the projects of advanced development, fostering the attraction of investments in those innovative spheres, where Russia could become a global leader. Among them are the blockchain [a cryptographic distributing database], the quantum and convergent technologies," the VEB said in a press release.

The bank added that it will conduct a panel discussion "Blockchain as the birth of new economy" on June 2, with participation of Russian First Deputy Prime Minister Igor Shuvalov and VEB’s Chairman Sergey Gorkov, among others. The discussion will be devoted to the prospects and risks of blockchain’s implementation in Russia both in business and in the public administration system.

"We are ready to finance the innovative projects and the projects of the National Technology Initiative [Russian government’s program of supporting prospective economy sectors] at the stage of creating production and services and then support them at the stage of business scaling… The core of our participation will be a discussion about the blockchain, where we will gather the world leaders and experts in this sphere. The blockchain could significantly improve the quality of management both in business and in the government sector," Gorkov said, as quoted in the press release.

© Sputnik / Maksim Blinov
Saudi Energy Minister Invited to Take Part in SPIEF – Russian Energy Minister
Digital currencies, also known as cryptocurrencies, have no material form and global currency regulation does not currently apply to them. An unlimited number of anonymous sources can issue and use such currencies. Central banks worldwide have treated the phenomenon with caution, although some have started exploring the possibilities it offers and even developing their own cryptocurrency.

A blockchain technology is often used in the sphere of cryptocurrencies, but also could be applied for other purposes. In March, Russian Prime Minister Dmitry Medvedev ordered the Russian state bodies to consider the implementation of the blockchain system in the Russia’s Digital Economy project.