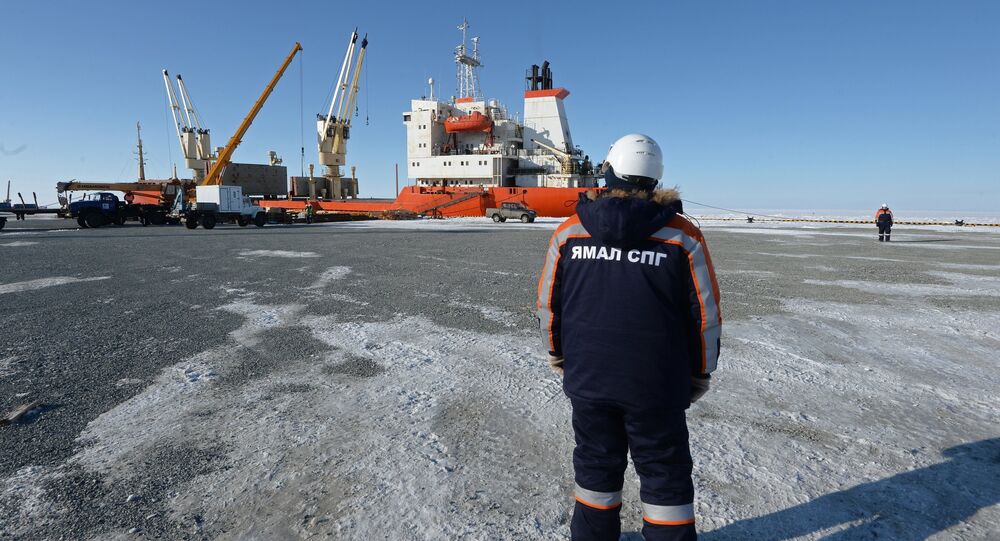 Tokyo is interested in continuing its participation in the Yamal liquefied natural gas and other energy projects in Russia, a senior official from the Japanese economy ministry told Sputnik.

HOUSTON (Sputnik) — Japan would like to continue its participation in the Yamal LNG (liquefied natural gas) and other gas and oil projects with Russia, including on the island of Sakhalin, Hirohide Hirai, Director-General for Nuclear Accident Disaster Response at Japan's Ministry of Economy, Trade and Industry, told Sputnik on Thursday.

"We have so many interest in your country and on the energy front… The Yamal LNG, [projects on] the Sakhalin Island, so many gas and oil projects are now going on, and we'd like to see maybe continuation of those projects," Hirai said.

© Sputnik / Evgeny Biyatov
Asian Energy Super Ring Opens Up New Horizons for Economic Growth
One of the largest industrial undertakings in the Russian Arctic, the Yamal LNG project is expected to have an annual capacity of 16.5 million metric tons of gas. Novatek gas company is said to own 60 percent equity stake in the project, with China’s CNPC and France’s Total at 20 percent each. The first Yamal LNG plant is scheduled to become operational in 2017.

At the moment, the only LNG plant in Russia has been constructed as part of the Sakhalin II project. Gazprom owns 50 percent plus one of Sakhalin II shares, while Shell owns 27.5 percent minus one share. Japan's Mitsui and Mitsubishi own 12.5 percent and 10 percent of the shares respectively.

"It was JBIC's [Japan Bank for International Cooperation] finance last year, Yamal 2 is now under discussion," Hirai said. "I don't know which Japanese players are showing the interest but that is for sure. The Russian side and the Japanese side are having a discussion."

Japan would like to boost its participation in upstream projects in Russia, Hirai told Sputnik.

"And also any other upstream participation we'd like to expand if your country allows us to," he said.