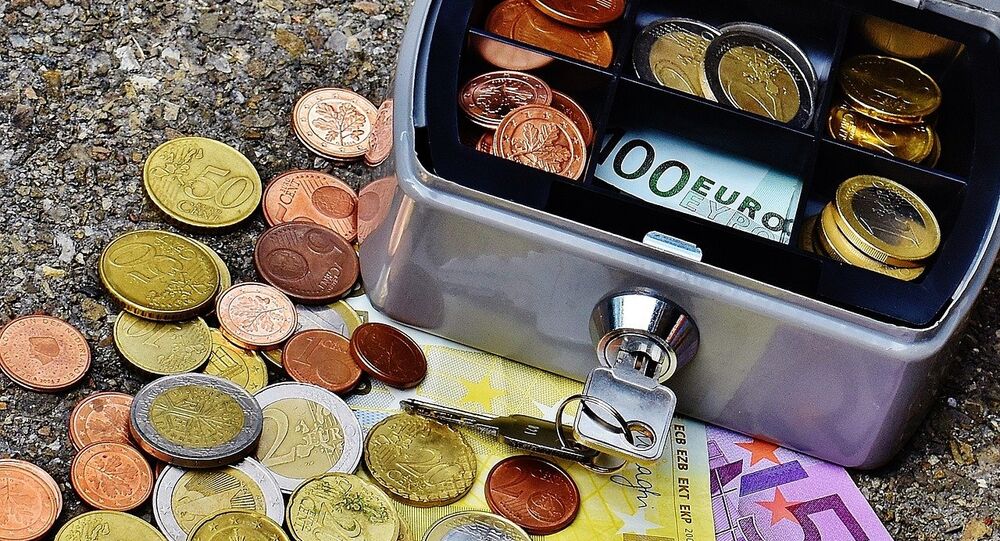 How Frexit and Itexit Could Help Indebted Nations Pay Creditors Off

France and Italy could leave the Eurozone and devalue their national currencies in order to service their obligations more efficiently, support exports and improve their international trade positioning, spur inflation and help overall economic growth.

Kristian Rouz – Many Eurozone nations have found themselves deep in public sector debt following the consequences of the Great Recession and the European debt crisis of the early 2010s, which is one on the reasons behind current rising political populism in several rather prosperous economies.

Alarmingly enough to many investors, such opinions are becoming increasingly prominent not only on Europe’s periphery, but in nations that constitute the very core of the common European market.

The failure of the constitutional referendum in Italy in December has paved way for the Five Star Movement, whilst the French National Front, led by Marine Le Pen, has solid chances of winning this year’s elections. Both these movements have at one point or another proposed ditching the euro and bringing back the lira and the franc, respectively.

Indeed, replacing the euro with national currencies could help the French or Italian national economy to get rid of the euro’s long-lasting ailments. For example, the Eurozone has been mired in near-zero inflation, choking economic growth, for at least half a decade already, and the European Central Bank’s (ECB) monetary stimulus, along with the recent mild devaluation of the euro, have failed to help.

© AFP 2021 / CLEMENS BILAN
Frexit: Debate Over EU Membership May Decide France’s Presidential Election
Le Pen, who is the French presidential candidate with good chances of winning this year’s election, said it does not make any difference to the nation’s creditors in which currency France would repay its public debt, whether euros or francs. In France, public debt stood at 93.5pc GDP in 2013, and counting due to the lack of effective economic growth and massive social spending practices by the left-wing Francois Hollande administration.

Le Pen suggested that France could exit the euro after the presidential election in April, and her administration would assume control over the Bank of France in order to undertake a massive emission of francs. The entailing devaluation would make it easier to service the nation’s debt, whilst higher inflation and improved foreign trade prospects would spur domestic economic growth.

“International emerging-market investors expect much higher yield for debt in local currency than in hard currency in order to compensate for the currency risk. I would expect the same for France in this scenario,” Yannick Naud of Geneva-based Banque Audi said.

© AFP 2021 / MARTTI KAINULAINEN / LEHTIKUVA
Euro 'Will Continue to Exist' Despite US Ambassador's Predictions of Collapse
Higher yields on French governmental bonds would mean higher natural interest rates and would push the Bank of France to aggressively increase domestic borrowing costs. Compared to the faltering ECB’s monetary policies, where ultra-low rates cannot help economic growth any longer, unless the regulator goes deeper into the negative territory, such a scenario might be a solution, albeit a radical one.

Le Pen, therefore, has a solid point: the euro is a slow and possibly dead-end scenario for economic development, so what does France have to lose? Her viewpoint also reflects the strengthening sentiment of the Eurozone as a project that benefits Germany primarily. France and Italy might be feeling disadvantaged and missing out.

Meanwhile, in Italy, where the reintroduction of the lira would go in accordance with the fairly same scenario as in France, the situation is exacerbated by the banking sector crisis. The nation’s banks, facing high levels of consumer loan delinquencies, are struggling to attract the euro-denominated capital. With the (severely devalued) lira, it might be a much easier mission.

The euro is only 6pc undervalued in France, though – France is indeed disadvantaged, Le Pen pointed out, in terms of international trade positioning.

The ECB is located in the German city of Frankfurt – another circumstance that might be uncomfortable with a conscious French or Italian mind.

“Markets have to price the risk” of a possible Fraxit and Itexit with subsequent currency devaluations in these nations, Citigroup analysts said.

What the right-wing populist cabinets in France and Italy could implement in terms of broader economic policies, have largely been contemplated in Trump’s America and the post-Brexit UK: weaker national currency, higher customs tariffs on imports, lower export tariffs, higher inflation, and fiscal stimulus. That said, advanced economies are willing to implement economic policies that helped once-developing nations industrialise in the second half on the 20th century.

“The risk of Italy or France exiting the euro area is not even remotely priced in,” Frederik Ducrozet, of Geneva-based Pictet Wealth Management said. “If it turned into a real possibility, the re-pricing would likely be massive and the threat of capital flight would indeed increase significantly with very negative consequences for the banking sector in particular.”

A lot was said about capital flight from the UK prior to the Brexit referendum, but it didn’t turn out to be quite as dramatic after the nation actually voted on June 23, 2016. The US, after Donald Trump’s election, even enjoyed an influx of capital. However, a simultaneous Frexit and Itexit would be a massive shock to international markets, and for the euro as well, and would also mark the return of industrial capitalism in continental Europe.