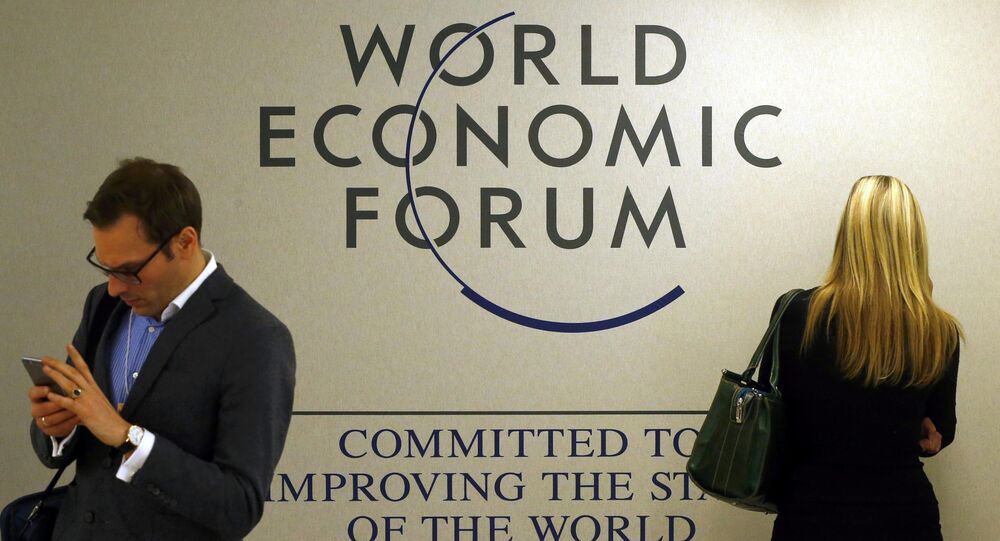 The World Economic Forum in Davos (WEF) is an international organization for public-private cooperation. This year, it is held on January 17-20.

MOSCOW (Sputnik) — The forum was established in January 1971, when Professor Klaus Schwab from the University of Geneva convened in Switzerland business and political leaders to discuss the prospects for strengthening the international positions of European business. This annual meeting was originally called the European Management Forum and drew participants only from western European countries.

With time, the meeting’s agenda was expanded to include political and economic issues, the effects of research and technological progress and the developing countries’ debt problems.

Political leaders were for the first time invited to Davos in January 1974.

In 1976, the organization introduced a system of membership.

In 1987, the European Management Forum was renamed the World Economic Forum to reflect its increased global importance.

Forum membership is comprised of the world’s 1,000 leading companies.

Professor Klaus Schwab is the founder and Executive Chairman of the World Economic Forum.

© Photo : Pixabay
Eight Billionaires Own as Much Wealth as Poorest Half of World - Oxfam
The forum is headquartered in Geneva.

The main WEF event is the Annual Meeting held at the world famous alpine ski resort Davos Klosters in late January to early February. The only exception was the 2002 meeting, which was held in New York to show solidarity with the United States and the inhabitants of the city after the 9/11 terror attack.

The Davos discussions of key global economic issues are attended by state and political leaders, as well as scientific and business representatives from many countries and international organizations.

Seeking to maintain the high standing of the Davos forum, the organizers have applied rigorous criteria to selecting participants, which has given the forum a somewhat exclusive nature. Since 1994, only member businesses can attend the forum. The WEF members make annual contributions to the forum, which are used to hold the forum’s events. The size of these contributions is established at talks with WEF leadership.

The WEF also holds regional meetings for political and business leaders with their trade and financial partners from other regions, national meetings, two-day seminars and symposia for business leaders and members of government, as well as and unofficial meetings between government representatives and delegates from the leading companies in a given industry — industrial summits.

The forum has a complex organizational and management structure.

The forum’s policy is developed by the Executive Committee, which is chaired by Klaus Schwab and includes leaders from international organizations and prominent public figures.

The Managing Board is responsible for the forum’s budget and organizing  its annual meetings.

© AFP 2021 / FABRICE COFFRINI
People are seen outside of the Congress Center at the opening of the World Economic Forum (WEF) annual meeting in Davos, on January 19, 2016

The Board of Trustees comprises outstanding leaders from business, politics, academia and civil society, who act as guardians of the forum’s mission and values. The WEF has three centers that deal with global, regional and industrial agendas.

The WEF publishes annual reports and rankings, including The Global Competitiveness Report, The Global Risks Report, and The Global Gender Gap Report.

A Soviet delegation attended the Davos forum for the first time in 1987. Russia as a sovereign country first attended the forum’s annual meeting in 1992.