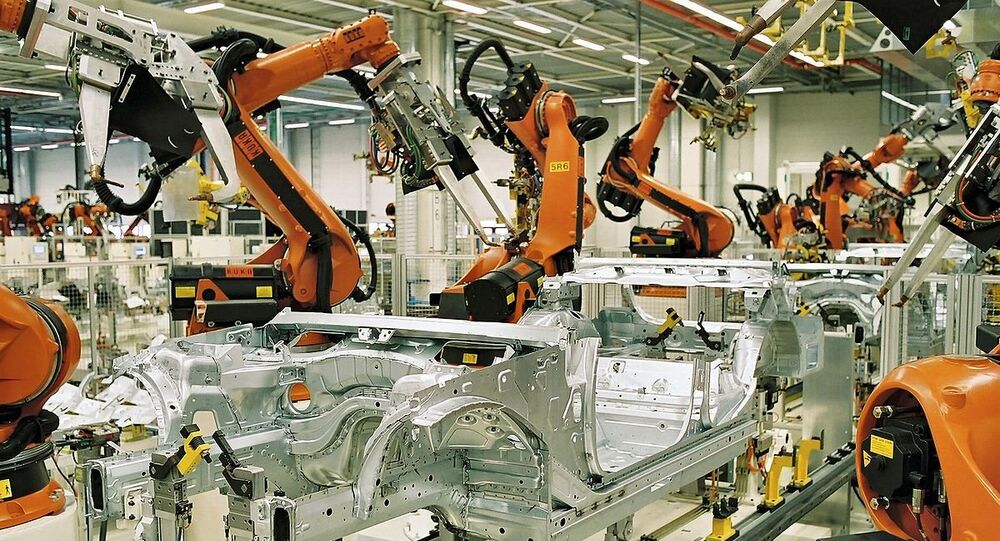 The acquisition of German companies by Chinese investors has reached record levels. According to financial consulting firm Ernst & Young, investors from mainland China and its financial hub Hong Kong have purchased 58 German companies in the first ten months of 2016, which is 19 more than the total purchased a year earlier.

According to Spiegel Online, Chinese businessmen spent a record 11.6 billion euros on the acquisitions, which is nearly 20 times more than last year's figure, and more than all previous years put together.

The most high-profile deals included the buyout of KUKA, an Augsburg-based manufacturer of industrial robots and factory automation solutions, for 4.6 billion euros. Chinese investors also purchased KraussMaffei Technologies, a leading Munich-based manufacturer of advanced systems for production and processing using plastics and rubber. Investors also snapped up the Goppingen-based EEW, which produces components and aggregates for clean waste incinerators.

German media cites growing concerns about Western technologies being used for military purposes by China. Furthermore, Berlin is also resentful of the fact that the rules for acquisitions are one-sided in China's favor. Chinese companies freely buy up their favorite German firms, but German companies seeking to do the same in China face numerous obstacles, Spiegel Online says.

"In recent years, acquisitions [of German companies] by Chinese investors have grown steadily," Kai Lucks, head of mergers and acquisitions at Deutsche Bundesbank, told the news site. "In China, on the other hand, there have been few German companies taking over. The situation is asymmetrical," he complained. This situation is not due to a lack of interest among German companies, Lucks stressed. But 'Ad hoc prohibitions' and politics have prevented them from acquiring profitable Chinese companies.

© Sputnik / Igor Zarembo
Killer Airbags: BMW Recalls 200,000 Cars in China Over Takata Airbag Defects
Last year, Beijing radically revised rules regarding foreign businesses' purchase of assets inside China. For example, Spiegel Online noted, 38 areas and economic zones have been identified where transactions are prohibited altogether. In much of the rest of the country, only joint ventures are allowed, which requires the participation of the Chinese side.

There's another nuance, according to Spiegel. German companies doing business in China are often forced to disclose their technologies, "their products immediately copied without the intervention of the authorities."

"The poignancy of the situation," Expert said, "is that these same regulators had approved the deal on September 8. Beijing demanded clarification. It turned out that the deal had been canceled due to perceptions that it was a threat to German national security."

© AFP 2021 / POOL / RAINER JENSEN
‘Fake News’ Hysteria: Germany Plans Creation of Government-Run ‘Center of Defense’
In October, German daily Handelsblatt reported that the German Economic Ministry made the decision after US intelligence warned Berlin that Aixtron products could be used for military purposes. Analysts have since suggested that China was more interested in the German company's R&D capabilities than their products, given its advanced research in the area of semiconductors which can be used in military applications.

German Chancellor Angela Merkel has stayed silent on the subject. However, government spokesman Steffen Seibert has told German media that Berlin is looking for "fair conditions for investment and competition…a level playing field."

Berlin also attempted to stall the purchase of robotics firm Kuka by the Chinese in August, looking for European investors instead. That effort failed.

© REUTERS / Jason Lee
China's Growing Economic Power Sowing Panic in Washington
German Economy Minister and SPD chairman Sigmar Gabriel has since sent a proposal to the European Commission which aims at empowering European Union member governments to block the acquisition of companies and assets in strategically important industries by investors outside Europe.

MEP Markus Ferber has also complained that "in Europe, there is no strategic thinking on foreign investment. If a deal makes sense from an economic point of view, it will be authorized and approved. That's not right," he said.