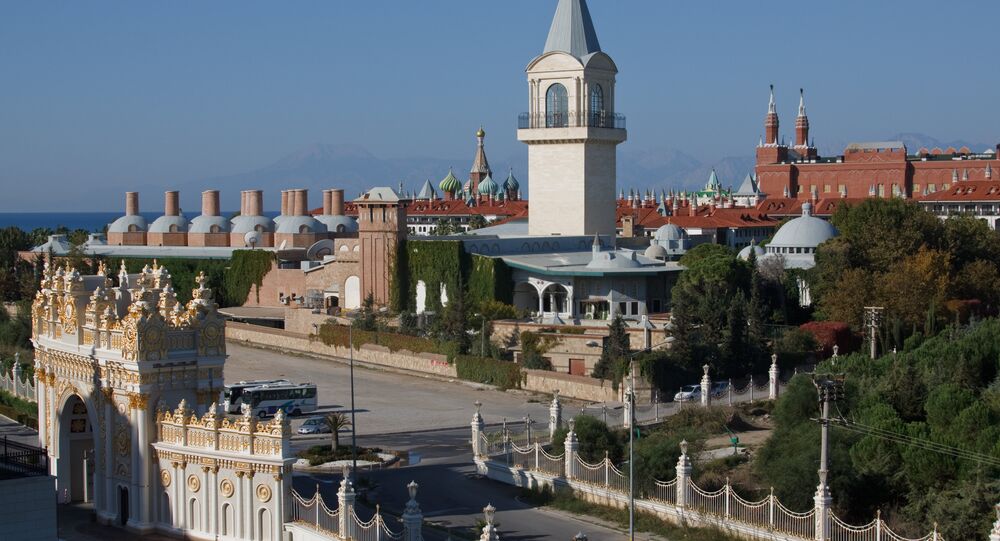 Turkish farmers staged a protest in Antalya urging the government to speed up negotiations with Russia on the relief of its food embargo on Turkish.

© REUTERS / Charles Platiau/
French President Calls for Lifting Trade Embargo Against Cuba
ANKARA (Sputnik) — Turkish food manufacturers on Monday staged a protest in Antalya urging the authorities to speed up negotiations with Russia on the relief of its embargo on Turkish food imports.

"First, we had the plane crisis, then the government reshuffle and now a kilo of tomatoes costs between 60 kurus to 1 lira [$0.2 to $0.3]. Farmers bear high costs while the prices for their goods are low. They can no longer withstand this. We call on our government to take urgent steps to open the Russian market for our produce," President of Antalya Chamber of Agriculture Nazif Alp said during the protest.

At the beginning of 2016, Russia has imposed a number of restrictive measures, including a ban on food and flowers imports, on Turkey in response to the downing of a Russian military aircraft by a Turkish fighter jet in Syria on November 24, 2015.