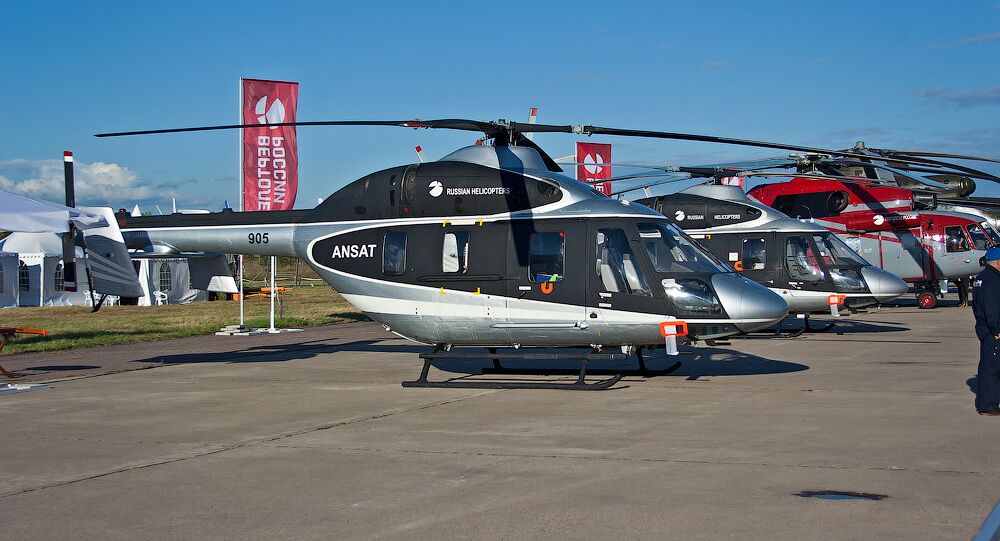 The Russian Helicopters holding signed a contract on Wednesday with China's Jiangsu Baoli Aviation Equipment for the delivery of three helicopters - Mi-171, Ansat and Ka-32, the press service of the holding said.

ZHUHAI (Sputnik) — In accordance with the contract, Jiangsu Baoli will receive one light Ansat helicopter in medevac mode, one Mi-171 and one Ka-32 in 2017, the press release said.

In 2015, the Russian Helicopters holding signed a contract with Jiangsu Baoli for the procurement of four Ka-32 helicopters, which are expected to be delivered by mid-2017.

The helicopters will be used by China to deal with fires, including in urban area, where ordinary fire brigades have limited access to high-rise buildings. Moreover, Ka-32 helicopters are able to operate in the mountainous and forested areas and land on unprepared sites.

Russian Helicopters in Talks to Deliver 60 Ka-226T, Ansat to Iran