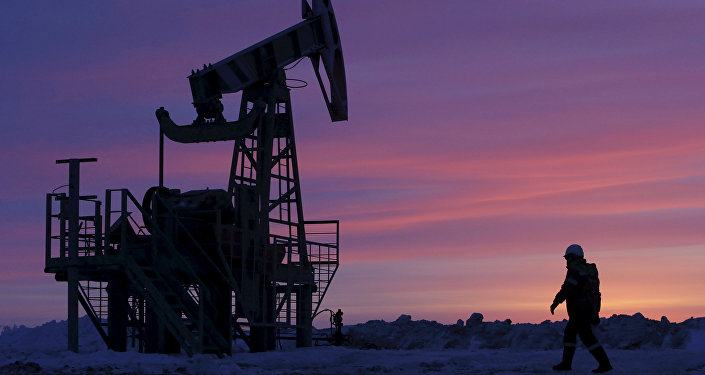 © REUTERS / Sergei Karpukhin
Putin Says Russia Ready to Freeze Oil Production Together With OPEC
VERONA (Sputnik) — Sechin said at the Eurasian Forum in Verona that deficits could be reversed and the security of Eurasia's energy supplies could be provided by new projects in the Arctic shelf, northern Western Siberia and the Caspian Sea, as well as pipeline and other energy infrastructure development.

"If there is market demand and appropriate technological and economic conditions develop, then Russia will be able to significantly increase oil production in the future. According to estimates, up to 200 million tonnes of additional annual production," Sechind forecast.

Rosneft estimates the additional increase in global oil consumption of at least 15 million barrels per day until 2040, Sechin said.

"Almost all forecasts, including calculations, carried out by Rosneft show on the horizon of 2040 an additional increase in daily oil consumption of at least 15 million barrels."