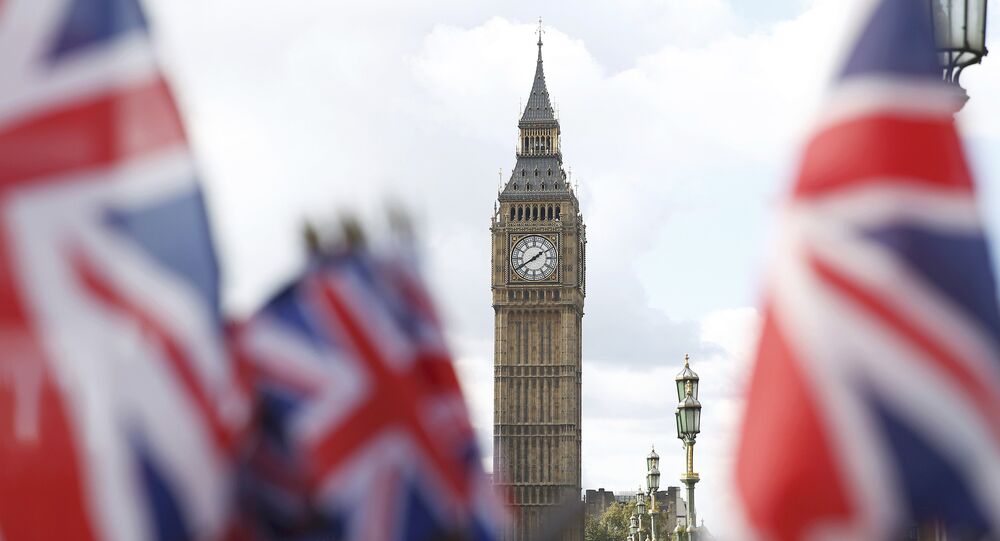 The United Kingdom can be better off outside the European single market, as the British economy is resilient enough, and even gain from building ties with BRICS and other emerging markets, Labour Leave Campaign Director Brendan Chilton told Sputnik on Monday.

© REUTERS / Phil Noble
UK Treasury to Continue Paying Grants to EU-Funded Businesses After Brexit
MOSCOW (Sputnik) — On Sunday, UK Prime Minister Theresa May suggested at the Conservative party conference that the country’s exit from the European Union would be a "hard" rather than "soft" Brexit, meaning that control over immigration would be prioritized over the access to the European single market.

"I think outside the European Union we will be able to work with the emerging markets, BRICS countries, also countries of the Commonwealth [of Independent States], Russia and all those developing countries in Asia," Chilton said.

May promised to start the procedure of leaving the European Union by the end of March 2017. The negotiations with Brussels will take up to two years.

"I am actually very relaxed about Britain being outside the single market, because the average tariff is just over 2 percent, which is noting when you compare it to the amount of money that we contribute [to the European Union] every year. No deal is better than what we have at the moment… I think the UK economy is very resilient," Chilton added.

The prime minister also said the United Kingdom would become "truly global" as she listed eight nations including China, India, Canada and Singapore are willing to sign free trade agreements with London.

The main impulse of the majority of voters at the referendum in June was to protect the country from the incoming flow of migrants and to regain control over the UK borders. Therefore, this is what UK politicians must prioritize during the upcoming talks with Brussels, Chilton believes.

© REUTERS / Damir Sagolj
'Harsh and Reckless': UK's May Faces Internal Backlash After Hard Brexit Push
"The only way you can have a total control over your borders is if you are outside of the single market, because it is very difficult to have a free movement of capital services and goods but not labor," he said.

However, maintaining fruitful economic cooperation with both EU- and non-EU states is possible.

A number of EU leaders have already stated that the United Kingdom would lose its access to the single market unless it keeps freedom of movement rules.

Despite May’s determination, Chancellor Philip Hammond warned of fiscal turbulence after the announcement on the start of the Brexit talks.

On June 23, the nationwide referendum on EU membership was held in the United Kingdom, in which 51.9 percent of voters said the country should leave the bloc. Brexit supporters used the migration issue as one of the main arguments to persuade people to vote leave.

According to the Article 50 of the Lisbon Treaty, each EU member state can leave the bloc. In order to start the process of leaving the European Union, a member state must formally inform Brussels about its intention and, then, formally begin negotiations on the matter. The departing member is released from its obligations under EU treaties once a final agreement is reached with Brussels or — if no such deal is struck — two years after notification was first given.

UK to Allocate Over $970Mln to Aid Projects in Afghanistan