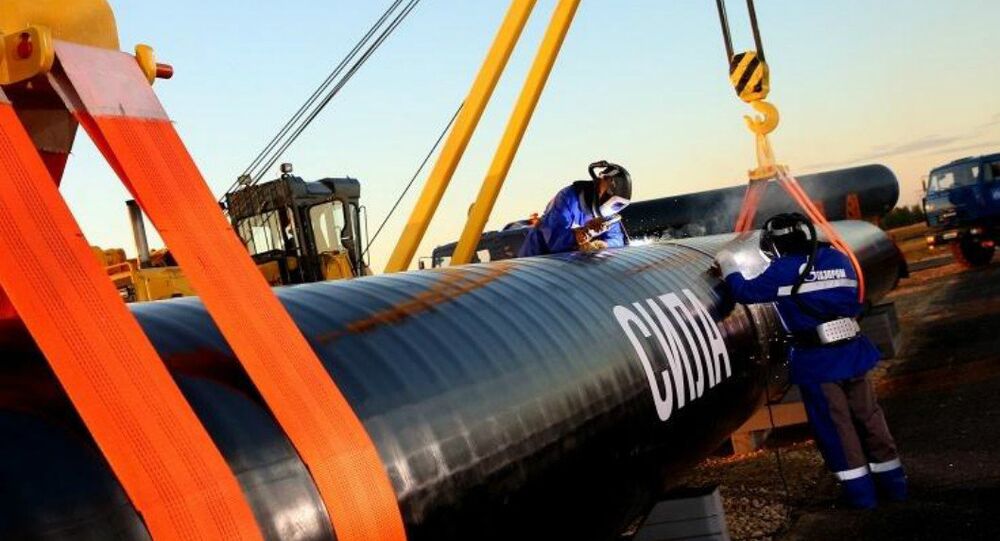 Russia's energy giant Gazprom and the China National Petroleum Corporation (CNPC) signed an engineering, procurement and construction contract to construct a crossing of the Power of Siberia pipeline under the river of Amur, Gazprom's press service said in a statement on Sunday.

MOSCOW (Sputnik) — According to the statement, the contract was signed by Gazprom CEO Alexei Miller and CNPC chairman Wang Yilin on the sidelines of the G20 summit in Hangzhou, China.

The statement added that China Petroleum Pipeline would be the project's contractor.

© Sputnik / Aleksey Nikolskyi
WWF to Lobby For Power of Siberia-2 Route Change to Preserve Golden Mountains of Altai
The Power of Siberia is the pipeline between Russia and China, which is expected to become operational in late 2019. Gazprom and CNPC signed the framework agreement aimed to deliver 38 billion cubic meters of natural gas annually in 2013. The agreement stipulates construction of appropriate infrastructure, including of pipeline's cross-border section under the river of Amur.