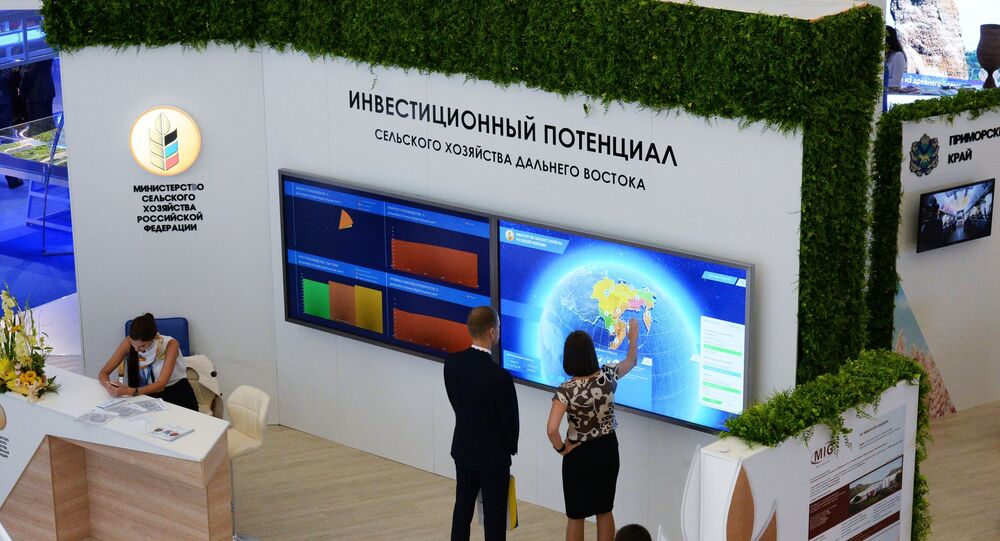 It is expected that China will increase investment to projects in Russia's Far East, Andrey Vdovin, the chairman of the Executive Board of the Asian-Pacific Bank, told Sputnik Friday.

© Sputnik / Evgeny Biyatov
Tax-Related Legislative Initiatives Needed to Attract Investors to Russia's Far East
MOSCOW (Sputnik) — Earlier in the day, the EEF kicked off on Russky Island, near the eastern Russian city of Vladivostok, where the energy cooperation projects of Russia with Asian-Pacific countries are expected to be discussed.

"The progress with Chinese investors will definitely take place. A new reset in Russia-Japan relation can also attract huge capital to the Far East. If we create attractive terms, foreign investors will appear," Vdovin said on the sidelines of the Eastern Economic Forum (EEF) in Vladivostok.

The forum, which is due to run through Saturday, is expected to attract some 2,500 participants, from countries including China, Japan, South Korea, India, Vietnam, Australia, the United States and Singapore.