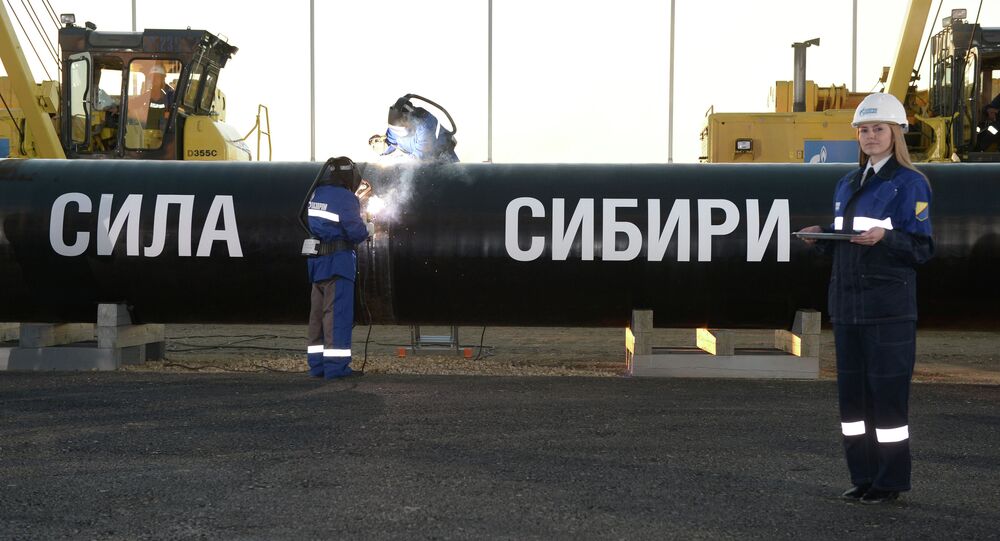 Russia’s Gazprom and China affirm full compliance with the schedule in the implementation of the Power of Siberia pipeline project via the eastern route, Gazprom said in a statement Thursday.

"Key items on the agenda are deliveries of Russian pipeline gas to China. The sides confirmed their full compliance with the schedule of the gas supply project through the eastern route, and discussed the progress of negotiations on the western route delivery project," the company said.

© REUTERS / Maxim Shemetov
Russia's Gazprom Sees Risks to Gas Transit to Europe This Winter - Spokesperson
Gazprom signed a 30-year framework agreement with the China National Petroleum Corporation (CNPC) In 2014 for annual deliveries of 38 billion cubic meters of Russian gas through the eastern route pipeline, formally known as the Power of Siberia and expected to come on-stream in late 2019.

In May, Gazprom said that 71 miles of the pipeline's 3,000 kilometers to stretch across Russian territory were constructed in 2015. Another 250 miles are planned to be completed in 2016. The CNPC plans to build up to 50 kilometers on Chinese territory this year.