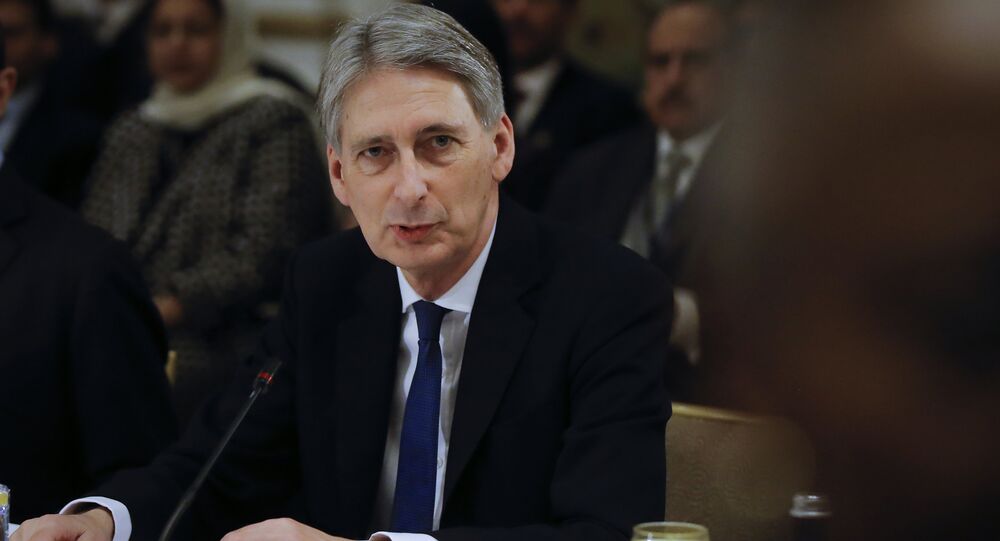 United Kingdom will have an array of business opportunities once it leaves the European Union, said UK Chancellor of the Exchequer Philip Hammond during his visit to China.

© AP Photo / Carlo Allegri/Pool
UK to Revise Economic Policy in Case of Deteriorating Situation Amid Brexit
LONDON (Sputnik) – UK Chancellor of the Exchequer Philip Hammond said during his visit to China that the United Kingdom will have an array of business opportunities once it leaves the European Union.

"In the last few days alone we have seen the Australian Prime Minister say he wants a new trade deal with Britain — and Japanese technology firm Softbank announce plans for a record investment in the UK. This is all evidence that our economy is fundamentally strong and well equipped to adapt to the change that will be necessary as we leave the EU," Hammond said as quoted in a Friday Treasury release.

Russian Deputy Finance Minister Sergei Storchak said on Wednesday that G20 finance ministers and central bankers are likely to focus on the possible impact of Brexit on global economic growth when they meet in southwest China’s Chengdu on July 24-25.

According to the UK Treasury, Britain is home to more Chinese investment than any other European country, with growth of China’s investment to the United Kingdom averaging 58 percent per year over the last decade.