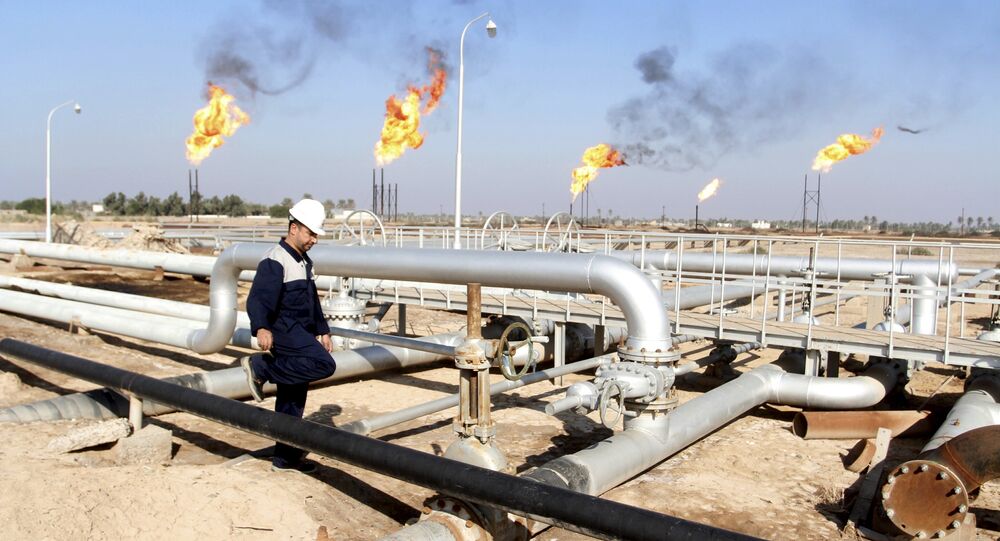 Iraq Expects Oil Price Recovery in 2nd Half of 2016

Fayadh Nima, the deputy oil minister of Iraq said that oil prices could increase in the second half of this year.

VIENNA (Sputnik) — Global oil prices look set to rise in the second half of this year, the deputy oil minister of Iraq predicted on Wednesday.

Fayadh Nima heads the Iraqi delegation to the ministerial meeting of the Organization of Petroleum Exporting Countries (OPEC), which is due in Vienna on Thursday.

Asked if Iraq expected the cartel to change its policy, Nima replied "No." Last year, OPEC failed to agree a cap on crude output, prompting oil prices to slide. A series of talks with non-OPEC Russia led to no clear commitments.

Iraq is OPEC’s second largest oil maker. It produces over four million barrels a day in territories including Kurdistan, and exports 3.2 million barrels.