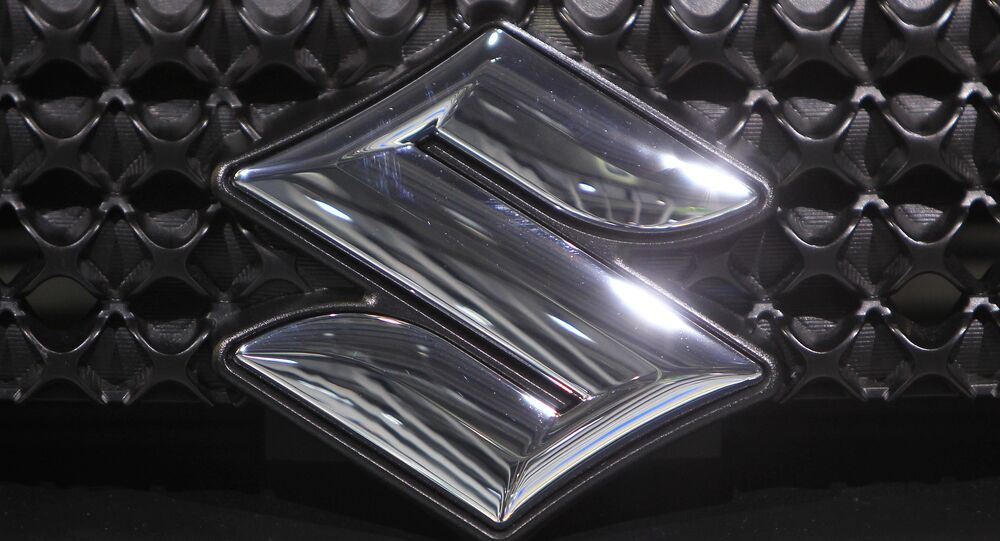 Suzuki Motor Corporation used an improper method of fuel testing, which did not correspond to the standards set by the Japanese authorities, the national NHK broadcaster said Wednesday.

© REUTERS / Jason Reed
Formula-1 Race Fuel Limit to Increase by 5% in 2017
TOKYO (Sputnik) – Following reports on Suzuki's improper fuel economy tests, the automobile manufacturer's shares dropped by 15 percent in early afternoon trade in Tokyo to their lowest level since November 2013 and are trading around 8 percent at the moment.

In April, Mitsubishi Motors Corporation (MMC) admitted falsifying fuel consumption rate tests on the company's mini-cars, which led to a significant decline in the company's stocks. After the scandal with MMC, the Japan's Ministry of Land, Infrastructure, Transport and Tourism (MLIT) ordered all the country's carmakers to provide reports on their fuel economy testing methods.

In 2014, the South Korean automobile companies, such as Hyundai and Kia, were involved in similar scandals related to the falsification of fuel economy tests.