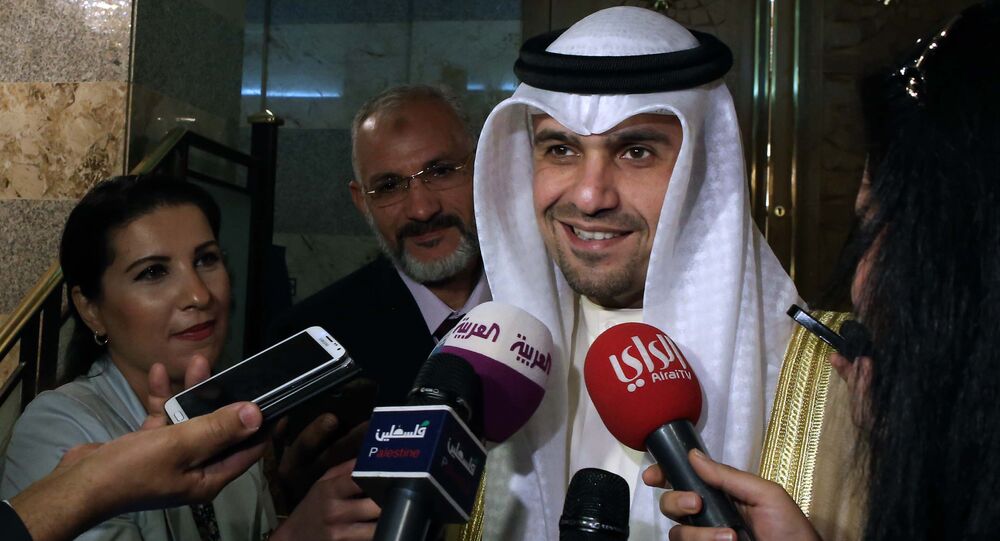 Anas Saleh, Kuwait's finance minister and acting oil minister, said that he is optimistic with his expectations from the Doha talks’ outcomes.

DOHA (Sputnik) — Anas Saleh, Kuwait's finance minister and acting oil minister, said Saturday he was optimistic about the results of the upcoming meeting of the oil-producing countries in Doha, where the possibility to freeze the production would be discussed.

© CC BY 2.0 / Justin Vidamo / The Burning of the Sky
Output Freeze: How Riyadh May Benefit From Doha Meeting Failure
On Sunday, the Qatari capital of Doha is set to host talks of the Organization of the Petroleum Exporting Countries (OPEC) members with oil producers not forming part of the cartel. The talks are aimed at reaching a deal to freeze oil output to stabilize global oil prices.

"I am optimistic," Saleh told reporters, commenting on his expectations from the talks’ outcomes.

Output Freeze: How Riyadh May Benefit From Doha Meeting Failure