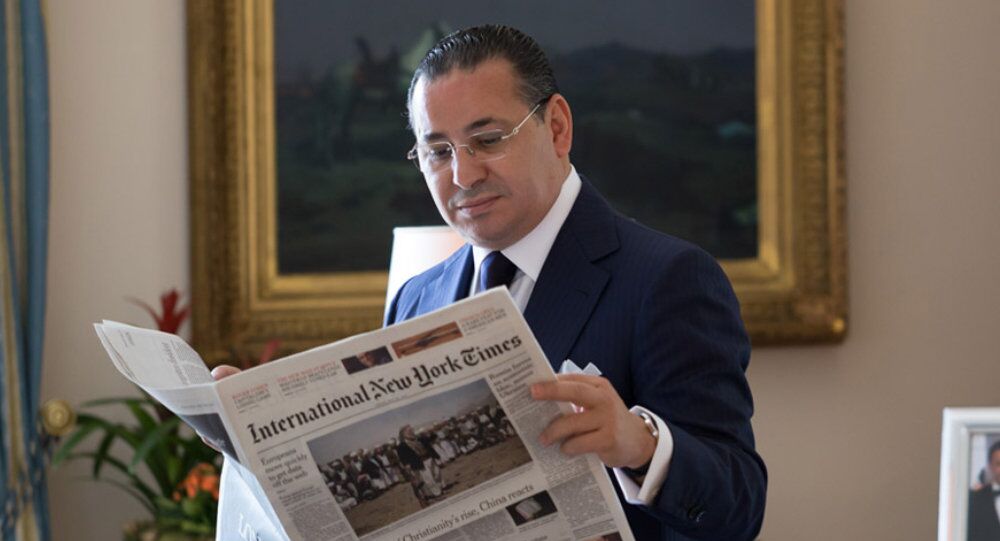 The Swiss-based GK Investment Holding Group is committed to greater cooperation with Russian investors on liquefied gas as well as industrial and infrastructural projects in Tunisia, its chairman Kamel Ghribi told Sputnik Monday.

The Tunisian businessman added that GK is in close discussions with Russia’s state technologies corporation Rosteс on the prospects of establishing assembly lines for Sukhoi aircraft, Russian KAMAZ trucks and several automotive components in Tunisia.

The holding is involved in projects in many countries but is mostly active in the African continent and in the Middle East. Its interests include food and agriculture, social and economic infrastructure and associated services for the oil and gas industry, commodity trading, retail, shopping malls, and real estate.

In Moscow, Ghribi is due to meet with representatives from Russia’s gas liquefaction company GTL with the aim of striking a deal on building a gas refinery in Tunisia.

According to Ghribi, the GK is also looking for Russian partners to invest in infrastructure projects in the Tunisian city of Bizerte.

"We are offering Russians multiple opportunities in the city of Bizerte to invest into the industrial revamping of a refinery, increasing the size and capacity of a commercial port and also developing a luxury marina for superyachts," businessman said.

Expressing an intent to facilitate Russian-Tunisian ties, the businessman said that "the volume of trade between the countries does not reflect the true potential of bilateral cooperation, aiming at making Tunisia a hub for Russian industries covering the African continent and the Middle East."

During Monday’s meeting with Jhinaoui, Russian Foreign Minister Sergei Lavrov underlined that Moscow and Tunis should utilize their great potential for cooperation.

Tunisian Ambassador to Russia Ali Goutali told Sputnik earlier that the two countries were preparing to sign a strategic partnership and cooperation deal at a March meeting in Moscow.