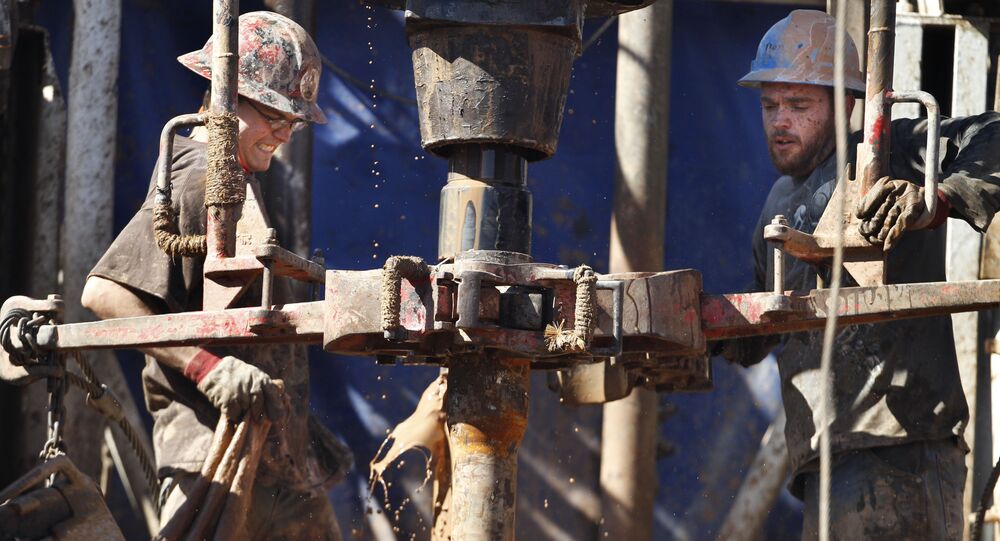 Iran's Oil Industry 'Profitable Even at $8 per Barrel'

"In our experience on oil, it is under 8 dollars (profitability)," Esfahani said on the sidelines of a conference in Moscow.

"Iran supports any negotiations that are able to strive the market, and this market is not good for producers and consumers… many producers want the world oil market to be stronger."

A global oversupply of oil that led to a 70-percent tailspin in prices over the last year and a half led to efforts between OPEC and non-OPEC oil producers to cut back output and control the downturn. On Tuesday, Iranian Oil Minister Bijan Zanganeh said Tehran was ready for dialogue with Riyadh and OPEC member states despite Saudi-Iranian sectarian tensions.

© AP Photo / Vahid Salemi
Iran Ready to Discuss Problem of Low Oil Prices With Russia, Saudi Arabia
According to a report by the International Energy Agency (IEA), Iran, one of OPEC's leading producers, increased its daily output by 80,000 barrels in January. Top OPEC producer Saudi Arabia posted a 70,000-increase in output that month.

Iran re-emerged in the international arena, including in oil trade, after international sanctions against the Islamic republic were lifted on January 16 after the International Atomic Energy Agency verified Tehran’s compliance with last summer’s agreement.

The July 2015 nuclear agreement required Iran to significantly cut back its stockpiles and ensure the peaceful nature of its nuclear program in exchange for the termination of anti-Iran sanctions.