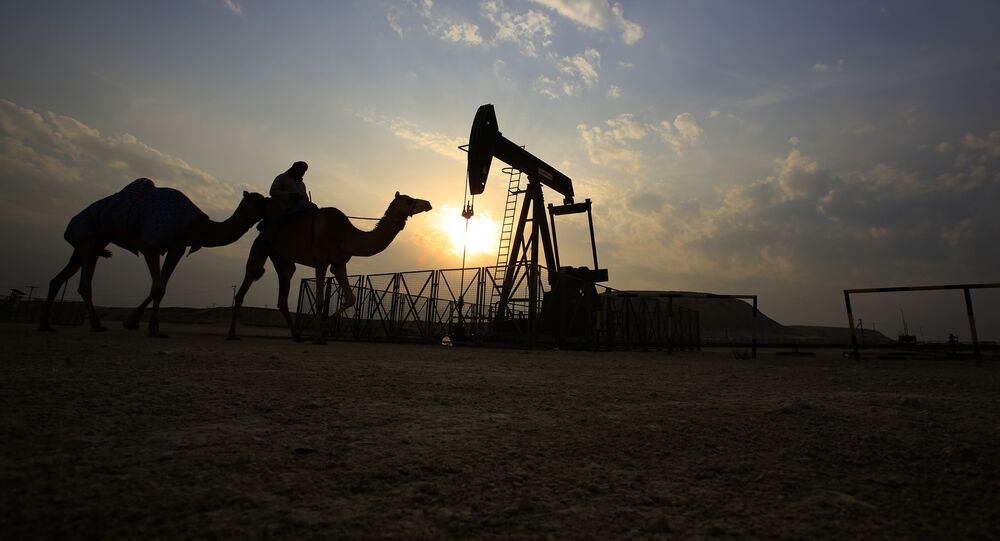 The world has entered the era of low energy prices. With the world’s major oil producers unwilling to cut down their production, global oil prices will not go up above $50 a barrel until 2020, energy policy expert Ariel Cohen told Radio Sputnik.

© AFP 2021 / MARK RALSTON
Why Low Oil Prices Are Dealing a Blow to US Economy
Cohen, who is the director of the Center for Energy, Natural Resources and Geopolitics at the Institute for Analysis of Global Security, said that low oil prices are hurting all oil-producing countries. However, Saudi Arabia, OPEC's largest producer and the oil market maker, is hurt less than others, because the cost of oil production in Saudi Arabia is very low compared to other countries.

The Saudis are always trying to expand their market shares. Currently, with Iran coming into the market, as international sanctions against Tehran were lifted, it would be harder for Saudi Arabia to expand its market shares further, Cohen said.

This means the Saudis would not cut their production, resulting in the large supply in the global oil market.

Saudi Arabia has maintained production levels over the past year above 9.6 million barrels per day, while oil prices have declined to below $27 per barrel last week.

Earlier today it was reported that Russia and Saudi Arabia have signaled their willingness to curb oil production amid rapidly falling oil prices. Proposals to organize a meeting of OPEC members and other oil-producing countries are being negotiated, according to the German newspaper DWN.

Russian Energy Minister Alexander Novak said it is still too early to make any actual conclusions about possible cuts, adding that the question is now being discussed.