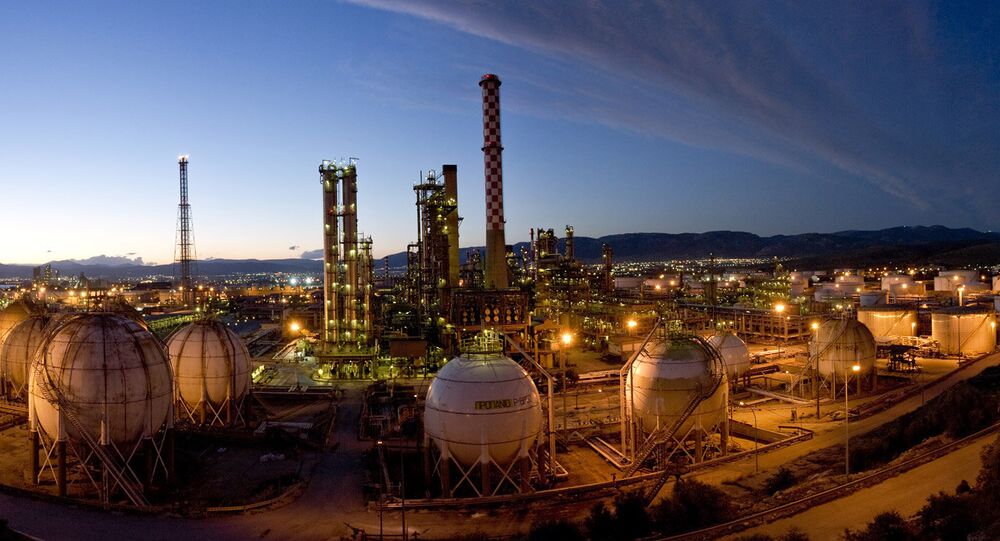 Greece’s largest refinery Hellenic Petroleum has signed a deal to buy oil from the National Iranian Oil Co., marking the first sale of Iranian crude since sanctions were lifted against Tehran.

According to analysts, Hellenic Petroleum is estimated to owe Iran around $541 million to $650 million for crude it bought before sanctions were imposed in 2011. And the sum is yet to be repaid.

The agreement also allows for the settlement of this debt, the Greek company said.

On July 14, 2015, Tehran and a group of six international negotiators signed a final agreement on the Iranian nuclear program in exchange for sanctions relief.

The sanctions were lifted on January 16, by both the US and the European Union. The move came amid oversupply in the global oil market, with the Organization of the Petroleum Exporting Countries (OPEC) refusing to cut down its daily output.

© AP Photo / Vahid Salemi
Iran Seeking Alternative Ways to Secure Profit for Its Expanded Oil Output
Ahead of the imminent rise in Iran's exports, oil prices dropped below $30 a barrel on January 15, for the first time in 12 years. WTI and Brent crude took this year's losses to more than 20 percent, the most dramatic two-week decline since the 2008 financial crisis.

According to forecasts, the implementation of the Iranian deal was expected to add at least 500,000 barrels per day to the oil market. For Tehran, increasing oil production is a way to compensate the financial losses the country sustained when it was under the sanctions.

Iran is now expected to target India, Asia’s fastest-growing oil marker, as well as its old partners it worked with before the sanctions were imposed.
The removal of sanctions may also trigger at least $50 billion a year in foreign investments in the country’ economy.

"Our country can absorb a great deal of foreign investment, considering its potential. I think more than $50 billion per year isn’t far-fetched," central bank governor Valiollah Seif said in an interview with Bloomberg on Wednesday.

Iran has already received some benefits from the implementation of the nuclear deal. About $32 billion of oil revenues previously frozen in overseas accounts are now unblocked, and will be used to buy commodities.

According to Seif, Iranian growth is still caped, and is expected to be three percent this year. However, he said growth could accelerate between five and six percent in the next year.