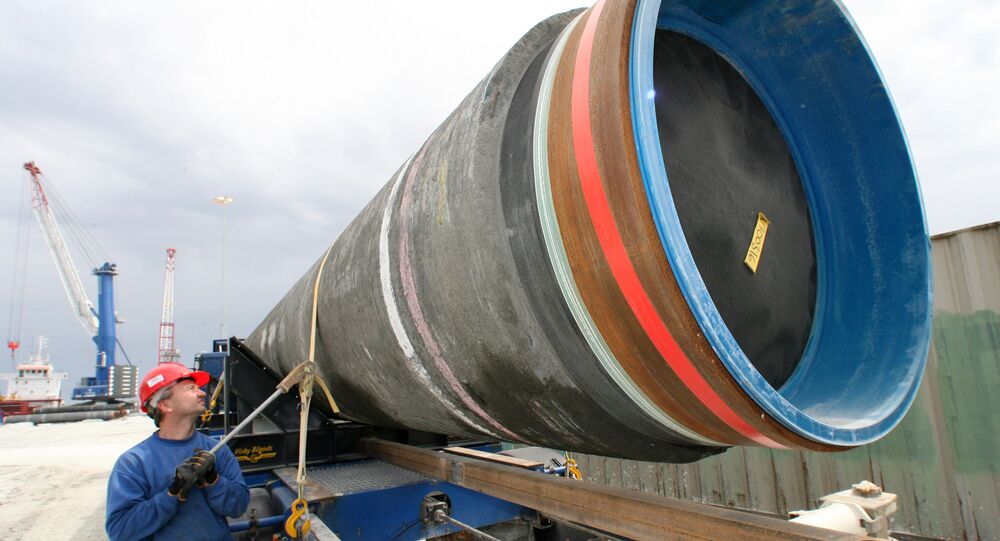 Chairman of the Executive Board and CEO of the Austrian oil and gas company OMV, Rainer Seele, said that the Nord Stream-2 gas pipeline project s set to fully comply with the requirements of the EU Third Energy Package.

Sputnik
Gazprom Sees No Obstacles for Nord Stream-2 Implementation
VIENNA (Sputnik) – The Nord Stream-2 gas pipeline project requires more solid support in Europe, as a lot of differences with the European Commission over the project exist, chairman of the Executive Board and CEO of the Austrian oil and gas company OMV, Rainer Seele, said Wednesday.

The Nord Stream-2 project, which plans to use the original Nord Stream pipeline for 86-percent of the route before branching off, could provide up to 55 billion cubic meters of direct gas supplies from Russian shores through the Baltic Sea to the German coast.

"I think we need broader support for the project in the European Union. That’s why, I believe we should increase our efforts to convince the European Commission that the project is in Europe’s interest," Seele told reporters.

"All that I'm seeing and hearing is that there are many misunderstandings [between the project proponents] and the European Commission about what the true nature of the project is," the OMV’s chief said, adding that there was a need for clarity on how the existing transit capacity would be used.

The European Union’s Third Energy Package prohibits the simultaneous ownership of both the gas and the pipeline through which it flows.