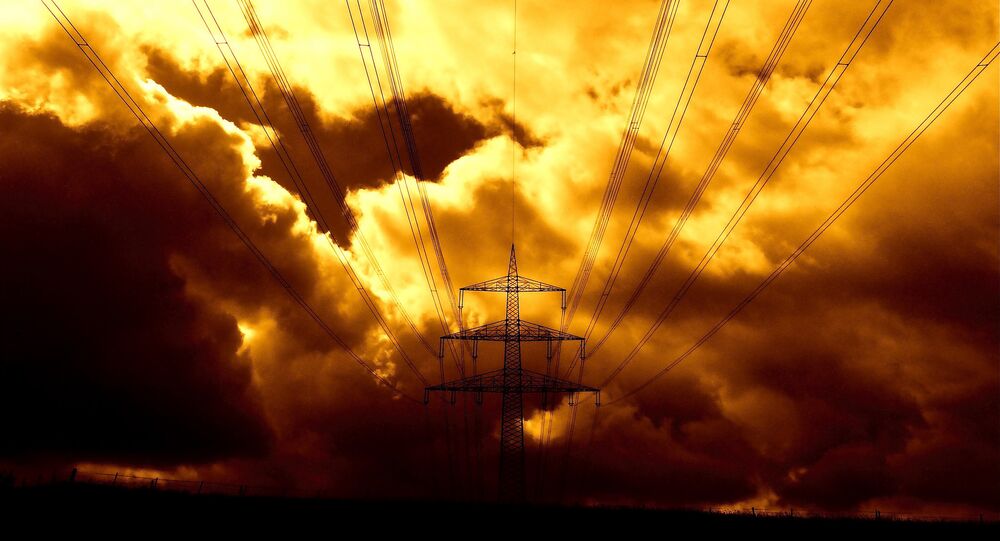 Off the Grid: Russia to Halt Electricity Supply to Ukraine

The unnamed source told the newspaper that the contract for the provision of Russian energy to Ukraine which expired at the end of 2015 will not be extended into the new year. The contract was not renewed since it was linked to an agreement on Ukraine's supply of electricity to Crimea.

In 2014, Ukraine's Ukrinterenergo signed a contract with Russia's Inter RAO for the purchase of electricity from Russia's power grid. A contract for the provision of supplies to Crimea via Ukraine was also signed. In late 2015, in talks on extending the provision of Ukrainian electricity supplies to Crimea, Ukrainian authorities insisted that Crimea be classified as an 'integral part of Ukraine' in the contract, a provision with which their Russian counterparts could not agree.

© Sputnik / Vladimir Trefilov
'Begin': Putin Launches Second Leg of 'Energy Bridge' to Crimea
Moreover, beginning late last year, Crimea was subjected to repeated power cuts. On November 21, power lines supplying energy to Crimea via southern Ukraine were damaged. The Ukrainian Interior Ministry later said that the power lines had been blown up by Tatar activists and the paramilitaries from the ultra-nationalist Right Sector organization, who were attempting a blockade of the peninsula.

Supplies were restored in early December, when the first leg of the Russian energy bridge stretching across the Kerch Strait was completed, and supplies from Ukraine restored.

However, on December 30, the peninsula's electricity supply was once again disrupted, with authorities in Kherson confirming that an 'explosion' had damaged an electricity pylon. The abrupt shutoff coincided with the expiry of the contract for the supply of electricity from the Ukrainian side.

© Sputnik / Andrey Iglov
Crimeans Ready to Endure Electricity Shortages to Remain Part of Russia - Poll
In response to the second cut, Russian authorities instructed a national polling institute to survey Crimeans' views on the prospects for a new electricity contract with Ukraine. The poll found that over 90% of residents were not willing to see their peninsula listed as 'an integral part of Ukraine', and were willing to risk shortages for several months until the second leg of the Russian bridge via the Kerch Strait was completed.

Last year, Ukraine minimized its purchase of Russian electricity, accumulating coal reserves instead. Prime Minister Arseniy Yatsenyuk declared over the weekend that the country does not expect any blackouts.

However, Ukrainian energy analyst Dmytro Marunich told Kommersant that while the situation in terms of the country's electricity supply is stable, Ukraine nevertheless faces the risk of rolling blackouts. These may occur, according to the analyst, if temperatures fall below minus 15 degrees Celsius for more than two weeks, if any of the country's nuclear power stations face an emergency shutdown, or if the country sees any disruptions in the supply of coal from the war-torn Donbass region due to a deterioration of the security situation there.

Sevastopol Limits Use of Electricity Due to Ukraine Supply Cut